Sports Finance Report: Lamar Jackson To Lean On Rookie Wage Scale, Will Not Sign With An Agent Prior To Draft 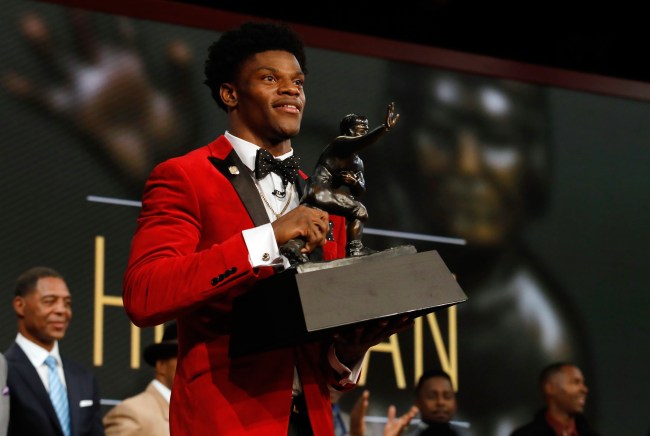 Lamar Jackson to Lean on Rookie Wage Scale, Will Not Sign with an Agent Prior to the Draft

During 2011 NFL CBA negotiations, the NFLPA agreed to implement a rookie wage scale as a means of transferring wealth (at least 47% of all revenue) from unproven prospects to deserving veterans. To prevent training-camp holdouts (then an annual right of summer for 1st round selections), rookie contracts were simplified and deal terms and compensation became largely fixed (note: guaranteed money is negotiable). Lamar Jackson, the 2016 Heisman trophy winner and a projected 1st round pick, has decided that with little room for negotiation in his rookie contract, he’ll forego signing with an agent prior to the April 26th (runs through 28th) draft; hiring just a contract attorney to review the deal’s language. Should Jackson be selected in the 1st round, as expected, he’ll save a minimum of $267,000 in agent fees (standard is 3%); a figure that could push $400,000, if he’s selected by Arizona at #15 (see Fan Marino below).

Howie Long-Short: Wondering why the league’s veterans pushed for a rookie wage scale? In 2010 (the year prior to CBA change) Sam Bradford received $50 million guaranteed as the top overall selection in the draft, becoming the 1st player in league history to reach that mark, before taking his first professional snap. In 2011, Cam Newton signed a fully guaranteed deal worth $22 million as the number one selection. It’s logical that in a league where the average career is just 3.3 years, the biggest deals are awarded to those that have proven their worth. Top 10 picks aren’t guaranteed to be stars. Of the top 10 players picked in the 2011, 2012 and 2013 NFL drafts (30 total players), 13 (43%) didn’t have their 5th year options picked up.

Fan Marino: NFL draft “experts” talk ad nauseum about Wonderlic scores (Jackson’s was reportedly the lowest among the Top 5 QBs) and off-field transgressions (see: Mayfield), but this is a decision JWS considers worthy of a 1st round grade. First round QBs don’t need to be “sold” to teams and the money/years is all but set. At a minimum, top-end rookie talent should be capping agent fees at 1%. As for where Jackson can expect to land, Arizona (15), Buffalo (12, 22) and Jacksonville (29) should be considered the most likely destinations.

Fun Fact: While certainly rare, Jackson won’t be the first 1st round selection to negotiate his own rookie deal; Matt Elam (’13 draft) and Erick Flowers (’15 draft) saved themselves $203,000 and $432,000, respectively, by bucking the norm.

MLB, Tencent Partner to Grow Sport of Baseball in China

MLB has partnered with Tencent (TCEHY) to grow the sport of baseball in China. As the Official Digital Broadcasting Partner of MLB within the country, TCEHY will live stream 125 games (including the All-Star Game and every game of the Postseason/World Series) exclusively on Tencent PC, Mobile and OTT platforms. The technology giant has also committed to broadcasting a series of MLB highlight shows and supporting/broadcasting youth baseball and developmental events. Super Baseball Week (April 4-8) will kick off the new partnership; 5 straight days of games featuring the league’s biggest stars (see: Trout, Judge, Bryant).

Howie Long-Short: Tencent Holdings Limited (TCEHY), one of 50 constituent stocks making up the Hang Seng Index (largest companies on HKSE, represent +/- 58% of HKSE cap), is a leading provider of comprehensive internet services in China. The company’s social messaging app WeChat has more than 1 billion users. TCEHY was recently named China’s most valuable brand for a 4th straight year, with WPP and Kantar Millward Brown assessing its brand value (how a brand powers business) at $132.2 billion (+25% YoY). Just how big of a global player is Tencent? The company’s market cap is $496 billion, $30 billion more than Facebook.

Fun Fact: Just one sports related brand made the Top 100 most valuable Chinese brand of 2018 rankings, Anta Sportswear (ANPDY) at #78.

Fan Marino: MLB opened an office in China in 2007 and has maintained 3 Development Centers within the country (Wuxi, Changzhou and Nanjing) since. The fruits of those labors have started to pay off. 3 players have graduated and gone on to sign MLB contracts (“Itchy” Guiyan – O’s, Hai-Cheng Gong – Pirates and Justin Qiangba – Red Sox) and another 12 are currently playing professionally in China. The success can’t just be measured by players on the pro level, though. Since 2014, 36 players have graduated from the program and gone on to play collegiate baseball.