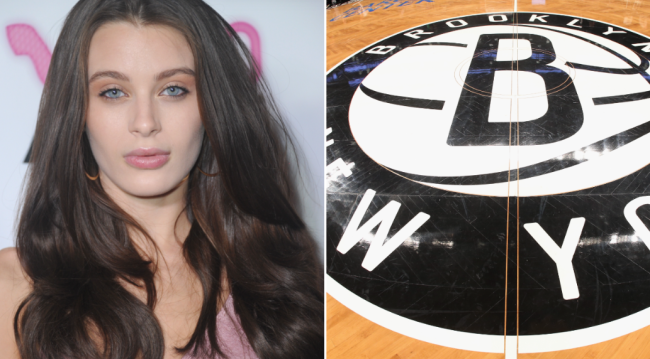 Former adult actress Lana Rhoades had an interesting interaction with an unnamed Brooklyn Nets player while she was in New York recently.

In the latest episode of her “3 Girls, 1 kitchen’ podcast, Rhoades claims a Nets player, who was trying to hook up with her, invited her and her friends to a game and put them up in a skybox. After game, Rhoades says they all went out to dinner and she quickly became uninterested in the player after he brought along another girl to the date as a “backup option.”

“We ended up leaving dinner, not because of that situation because at that point, you’re already friendzoned, I don’t give a fuck who you’re talking to, the date was really boring…I don’t want to be mean but me and this guy just didn’t click and I’m like what’s your favorite this, what’s your opinion on this, and he was just like, I don’t have opinions on anything, I don’t have favorite anythings, and he was serious and he wasn’t just saying that to shut down the conversation…he’s not spicy enough for me”

Rhoades did say the Nets player is a Libra which could be a hint at who it may be. Unfortunately it doesn’t seem like that player is going to get a second date with Rhoades in the future.