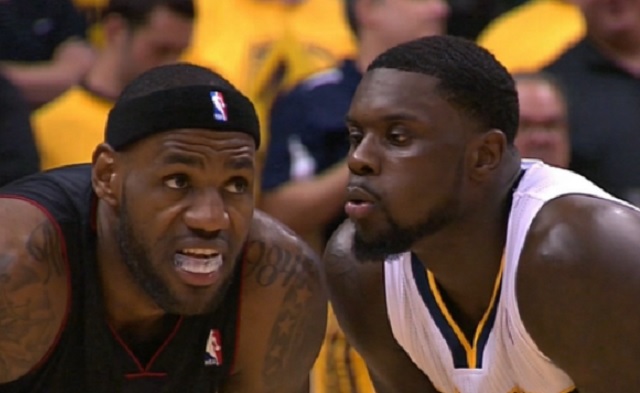 Tonight, LeBron James shook the NBA world when he announced that he was joining the LA Lakers.

James will be playing for the Los Angeles Lakers on a four-year, $153.3 million contract. James will try to bring the storied franchise another championship.

The Lakers, with the addition of LeBron James, are suddenly top-tier contenders to win next season’s NBA championship, according to Las Vegas sportsbooks.

The announcement was made through his agency, Klutch Sports Group, which announced the deal as $154 million.

ESPN’s Brian Windhorst reports that the fourth year is a player option. It’s the longest deal James has signed since inking a six-year deal with the Heat in 2010. His previous three deals were all three years or shorter.

Immediately after signing LeBron, the Lakers announced that they will be adding LeBron’s longtime rival in Lance Stephenson.

Lance Stephenson has agreed to a deal with the Los Angeles Lakers, league sources tell Yahoo.

Of course the Internet had hilarious reactions to Stephenson teaming up with LeBron next season.

Lebron James and Lance Stephenson are Lakers teammates in 2018.

Throw a bucket of water on my head and call me Jesus.

Lance Stephenson is going to LA.

So Lance Stephenson is in the Los Angeles media market at the same time with LeBron James and Lavar Ball? Legendary!

We fr got Lance Stephenson and LeBron James on the same team.

The NBA is the greatest league in the world

Magic : "Hey Bron, I just picked up Lance Stephenson, I got em for peanuts Tho LeBron"