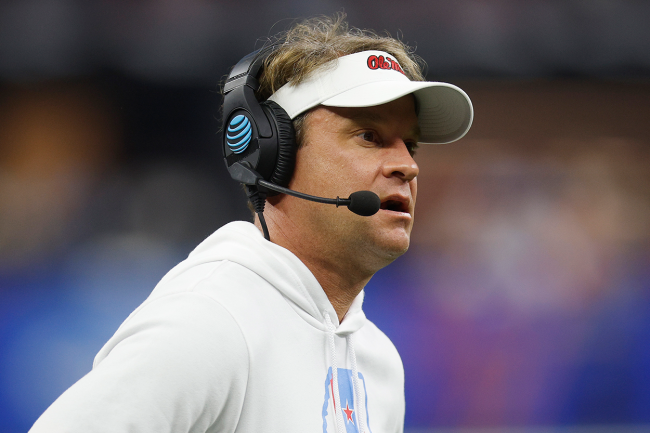 Lane Kiffin might be one of the biggest names in college football, but he is a father first. And most Girl Dads can relate to a video that his daughter posted on TikTok.

Kiffin, 47, has three children— his daughters Landry and Pressley, and his son Knox. Now that his father is the head coach at Ole Miss, located in Oxford, Mississippi, his son is now jokingly known as Knoxford. But that’s beside the point.

Landry and Pressley went to the mall with their dad (presumably in L.A. or Boca Raton, based on his outfit) and spent a lot of money at ZARA. If you aren’t up to date on your designer clothes, ZARA is totally “in” right now.

Both daughters have pretty decent followings on TikTok, but Landry has blown up a few times for videos of Lane. His reaction to TikTok’s ugly baby trend was hilarious.

As was Lane’s reaction to how much his two girls spent at Zara. In Landry’s most recent video, her dad is sitting in a chair looking less than pleased. He turns around and says “I don’t even know what to do,” before asking how much Pressley spent.

Kiffin will make $7.25 million in 2022 as the head coach of the Rebels, so he will be fine. His daughters’ purchase was just a little bit more than 1,005,547th of his salary. But even still, it was an incredibly relatable Girl Dad moment and it is absolutely hysterical.