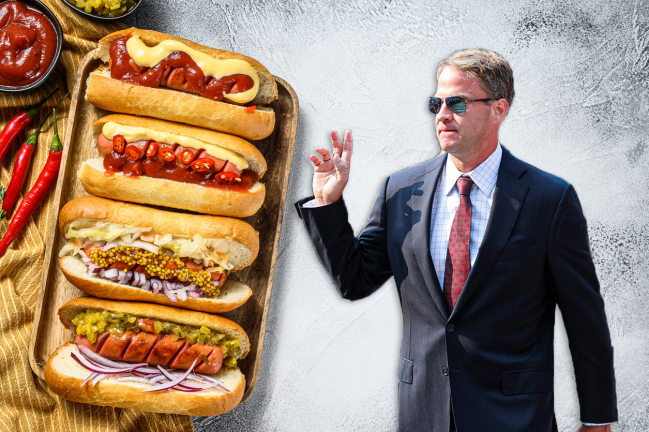 A hot dog is NOT a sandwich, and I would appreciate the opportunity to tell you why.

Later this evening, your recorded segment is scheduled to appear on SEC Network’s ‘Out Of Pocket’ with Alyssa Lang and Andraya Carter. During the interview, you were asked whether a hot dog is a sandwich.

“Is a hotdog a sandwich?”

However, I would appreciate the opportunity to present my case.

Read my full, unfiltered answer to the question is a hot dog a sandwich? Or, if you are a visual person, watch my explanation here:

If neither of those things are of interest to you, that’s okay.

Here are my concise thoughts on why a hot dog is not a sandwich:

For starters, I will ask you this— if you eat a hot dog without a bun, is it not still a hot dog?

Even if we go ahead and include the bun, it is still not a sandwich.

The hot dog was created in Germany at least 500 years ago and is also commonly known as a frank, frankfurter or wiener.

Almost three centuries later, John Montagu (the fourth Earl of Sandwich, England) invented the sandwich. He had a severe gambling problem and would not want to interrupt his gaming for dinner.

If the hot dog came before the sandwich, can it be a sandwich?

Now, I understand that there is an argument to be made that the hot dog was likely eaten with bread prior to Montagu’s invention. I will not contest the fact that the Germans probably consumed bread as a means of frankfurter utensil. I agree.

For those reasons, it is my belief that is a hot dog is not a sandwich, and I hope that you will reconsider. No matter which way you land— Hotty Toddy and #ScoreFromFar.