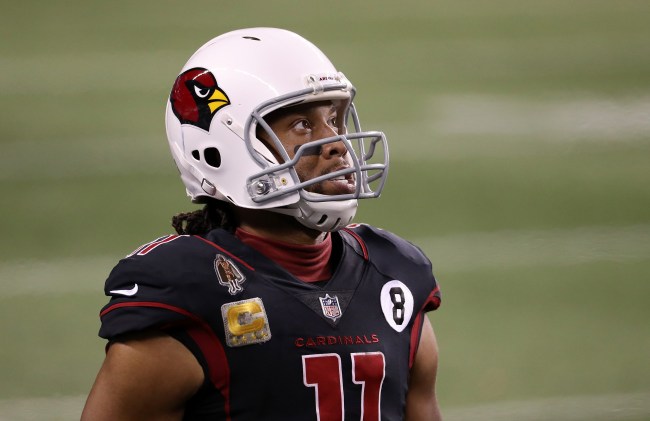 37-year-old Larry Fitzgerald is in the 17th year of his NFL career and is well on his way to the Hall of Fame. On Thursday morning, however, one of his most impressive feats will come to an end after he received a positive COVID-19 test.

#AZCardinals WR Larry Fitzgerald has tested positive for COVID-19, sources tell me and @TomPelissero. Fitzgerald will miss Sunday’s game against the #Patriots.

He has not been the outstanding superstar in recent years that he was back in the early 2010s, but he remains a consistent contributor to the Arizona offense and continues to be a target that Kyler Murray can trust with sure hands. As a result, he has had at least one reception in 246 consecutive games, which was second only to Jerry Rice’s NFL-record streak of 274 games.

By missing this weekend’s game against New England, Fitzgerald will not be able to catch a ball, obviously. Thus, he will sit second in the NFL record books and it is hard to see anyone catching him any time soon. For No 11 to have broken Rice’s streak, he would have had to haul in a catch in the remainder of this regular season, all of the 2021 season and six games in 2022, not including any postseason play. It may not have been probable that the streak continued, seeing as Fitzgerald hinted at a soon-to-come retirement, but there is no doubt that he can play two additional seasons if his health remains.

In the meantime, he will isolate for 14 days at home and follow NFL COVID-19 guidelines and protocol until he can get back on the field. It’s not necessarily a surprise that he caught the virus, because it’s not like he was going to drop it!