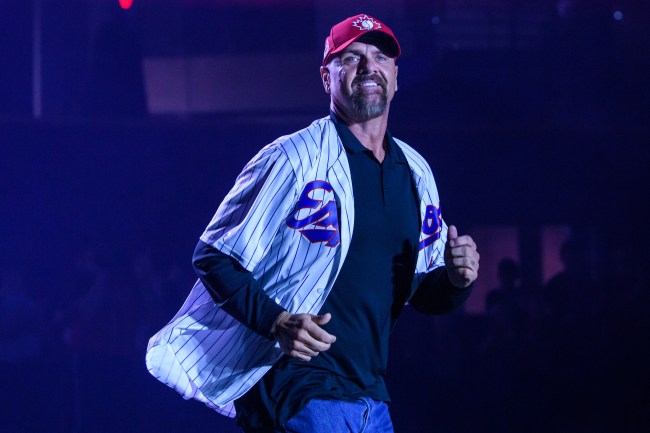 So much of the 2020 Baseball Hall of Fame news in the past 24 hours has been focused on Derek Jeter and how he was robbed of becoming the first unanimous vote in Cooperstown history but we need to hit pause on that Jeets news and pay tribute real quick to 3x MLB Batting Champ Larry Walker.

Despite all of that, Larry Walker didn’t believe he was going to be elected to the Baseball Hall of Fame in Cooperstown, New York. Players must surpass the 75% voting threshold to be inducted to Cooperstown and in 2018 Larry made it on only 34.1% of the ballots. He made a huge jump in voting % last year and in 2019 he appeared on 54.6% of the ballots (the numbers changed after his tweet below).

Although I believe I’m going to come up a little short today I still wanna thank all you that have been pulling for me and showing your support. I’m grateful for all of you! It’s been fun leading up to today reading everyone’s thoughts. Cheers 🍻 LW

Mr. Walker was wrong. And he was chilling with his family, wearing a now-famous Spongebob Squarepants bowling shirt when he got the call that he’d been inducted into Baseball Hall of Fame. This is a once-in-a-lifetime moment for him and he’s surrounded by his loving family. It’s pretty cool to bear witness to this:

Larry gets the call to the Hall. #HOF2020 pic.twitter.com/qDNSipAQsF

Derek Jeter not getting 100% of the Hall of Fame vote is a travesty but don't let that distract you from the fact that Larry Walker wore a $20 SpongeBob shirt for one of the biggest occasions of his entire life 😎 pic.twitter.com/mAKKNKvHlr

It’s already sold out on Walmart’s website but you can cop it on Amazon right now where it’s on sale and marked down 72% after the overwhelming interest in his outrageous short-sleeve button-down Spongebob shirt.

Derek Jeter and Larry Walker are the only two players to be voted into the MLB Hall of Fame this year. Curt Schilling appeared on 70% of the ballots in his 8th year of eligibility. It seems likely that Curt will make it into Cooperstown in the next year or two. Roger Clemens appeared on 61% of ballots, Barry Bonds made 60.7% ballots, Sammy Sosa received only 13.9% of the votes, and you can see the rest of the vote totals right here on MLB’s website.