Earlier this week. Larsa was spotted holding hands with the married NBA player in Miami.

It was then revealed that Beasley’s wife Montana Yao was shocked about her husband’s affair with Pippen and is now filing for divorce.

Larsa has since taken to Instagram to share a cryptic message about her alleged affair with Beasley. 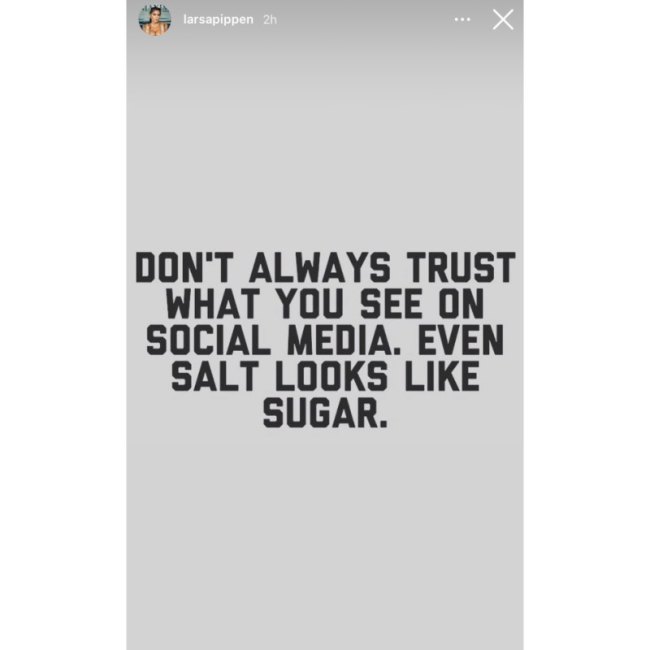 It’s now being reported that Beasley had been separated from his wife for months before he started seeing Larsa in public which is what she’s most likely referring to in her Instagram post.

Now get into this: a close source to the star tells us that Malik and Montana have actually been separated for months and that the athlete has already started the process to get a divorce. A close source to Larsa also shares that she was fully aware Malik is still married to Montana, but after talking for some time, Larsa and Malik bonded over their pending divorces.