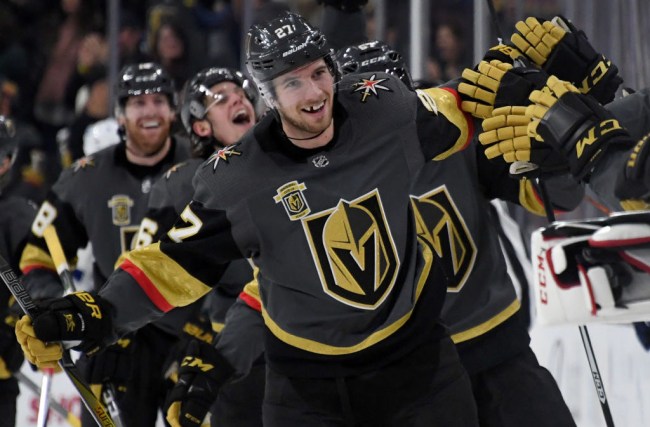 The Las Vegas Golden Knights are three wins away from hoisting hockey’s most coveted prize, a feat that seems it could only be scripted in a bad Hollywood screenplay featuring Coach Bombay. In its first year in the NHL, the Knights are primed to do what 13 out of 31 teams have never done, including the lowly St. Louis Blues who haven’t won a Stanley Cups since its inception in 1967. For perspective, the Blues were a team two years before Apollo 11 landed on the moon.

The unlikelihood of Las Vegas’ hockey team winning a Stanley Cup this season promoted Vegas Sportsbooks to reflect that in their opening odds. And now they are clenching their buttcheeks praying that their home team fucks it up. What an unnatural pickle.

According to Sporting News, experts estimate the collective liability for sportsbooks is somewhere between $5 million and $7 million if the Golden Knights win the Cup. That number is said to be the city’s biggest loss on futures betting ever. A futures bet is a bet where the outcome will not be decided until the distant future, so in this case, a bet made at the beginning of the season.

A better named Adam Vosding had a particularly interesting situation. Before the season, the Tampa Bay resident placed a $100 futures bet on his beloved Lightning at 10/1 and another $100 on the expansion Golden Knights at 200/1 because, well, fuck it. 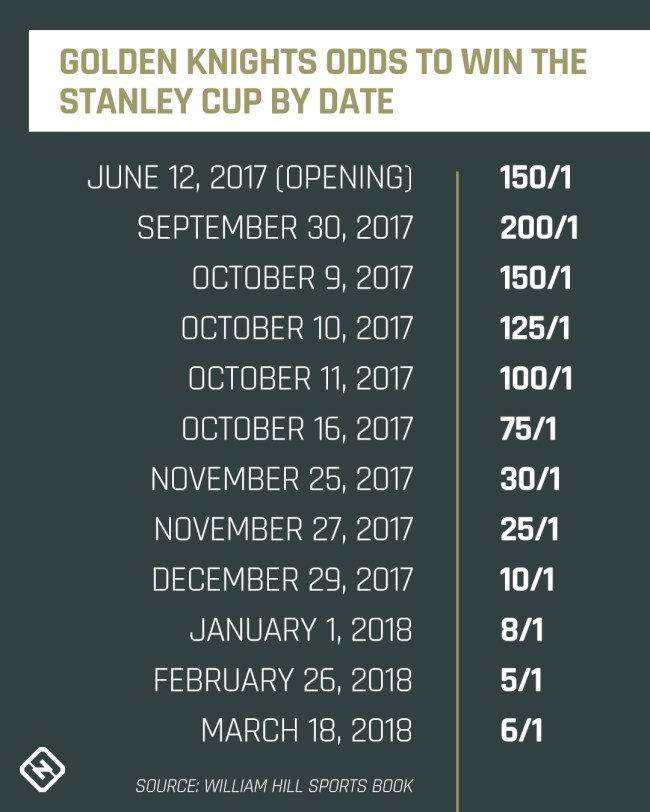 If the Lightning beat out the Capitals in Game 7, he would be faced with an impossible decision: root for his beloved Lightning or root for the $20,000 he stands to win if the Golden Knights take home the cup.

“I could never root against Tampa, but that’s a big difference in payout. Now it’s a little easier for me to root for Vegas.”

I wouldn’t wish that on my worst enemy.

Vosding’s futures bet on the Golden Knights is one of thousands floating around threatening Vegas Sportsbooks.

William Hill, which manages more than 100 sports books across Nevada, including at the Plaza, is carrying a liability close to $2 million. Vosding’s bet is middle of the pack. William Hill will pay one bettor $50,000 for a 50-1 ticket from October, when the Golden Knights started the season winning eight of their first nine games. Another 200-to-1 bet from September carries a $40,000 payout. The list goes on, mostly for small-dollar “souvenir” bets, forcing casinos to brace for heavy losses.

Thoughts and prayers to Vegas Sportsbooks in this trying time.