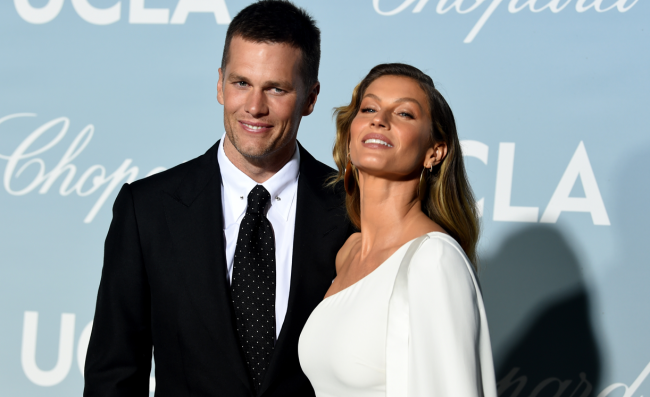 The latest reports about the state of Tom Brady and Gisele Bundchen’s relationship make it sound like a reconciliation might be difficult.

Following some rather interesting quotes from Gisele in a recent interview with Elle magazine in which she discussed her “concerns” over her husband continuing to play football, comes more disheartening news.

In that interview, Gisele admitted that she would like Tom Brady to be more present in their relationship.

“I’ve done my part, which is [to] be there for [Tom],” said Bundchen. “I moved to Boston, and I focused on creating a cocoon and a loving environment for my children to grow up in and to be there supporting him and his dreams. Seeing my children succeed and become the beautiful little humans that they are, seeing him succeed, and being fulfilled in his career—it makes me happy. At this point in my life, I feel like I’ve done a good job on that.”

While that sounds like someone who would like to see Tom Brady retire, a new report by Page Six claims that is not necessarily the case.

A source close to the couple told Page Six, “The problems are not due to his decision to play football again — sometimes things are complicated.”

While refusing to explain more, the insider added that this speculation is “sexist” and wrongly blames the model for their marriage issues.

Gisele, who was not at Sunday’s Tampa Bay Buccaneers game despite her kids being in attendance, has reportedly been living in a home separate from Tom for months.

.@TomBrady and the kids pregame. ❤️

Tom Brady reportedly spent his training camp break with his kids, but not with Gisele

However, the rift is also not about either party being unfaithful, according to another Page Six report.

There was “no cheating” involved in Tom Brady and Gisele Bündchen’s troubled marriage — but the couple has recently “grown apart,” according to sources.

One source said, “There is absolutely no accusation of cheating on either side.

“Tom and Gisele have recently struggled to make their marriage work and have grown apart.

A source also says that during Brady’s unexpected 11 day break from the Tampa Bay Buccaneers during training camp he actually went to the Bahamas alone with his kids.

“Gisele wasn’t there in August. It was Tom’s time alone with the kids,” said a unnamed source.

Interestingly, Tom Brady spent some of that break from training camp reportedly in the Hamptons visiting the son he had with former flame Bridget Moynahan for his 15th birthday.

EXCLUSIVE: Tom Brady left Gisele to jet off to the Hamptons to visit his son with Bridget Moynahan https://t.co/jjsC5MfQDB

All is not lost though.

“They are talking, but mostly about the kids at the moment,” said another unnamed source, who added, “Tom hopes they will reconcile.”