LaVar Ball Reacts To Getting Banned By ESPN, Says Molly Qerim Had Her ‘Mind In The Gutter’ If She Took His ‘Changing Gears’ Comment The Wrong Way 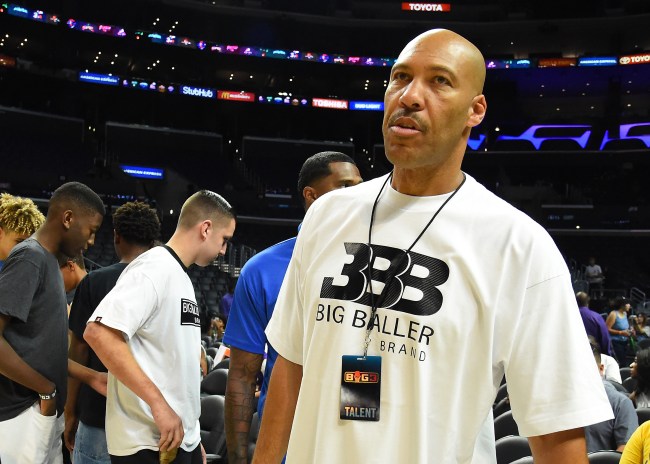 Last week, LaVar Ball caused a bit of controversy when he made what many deemed an inappropriate remark directed at First Take host Molly Qerim.

During the show, Qerim, in an attempt to change the subject said, “LaVar, can I switch gears with you because I have a question here.”

The Athletic’s Richard Deitsch spoke with someone at ESPN who went on the record to say that the company had no plans to feature LaVar Ball on any of their platforms going forward.

Someone caught up LaVar Ball outside of the Drew League where his son LaMelo was playing a game last night and LaVar had some pointed words directed at ESPN and Molly Qerim.

LaVar says the only he’ll hit on Molly is if she ever breaks in his house 😂😂😂 #lavarball #lonzoball #mollyqerim pic.twitter.com/ogHHb1zFKQ

How am I going to be banned? I don’t work for them. I’m gonna be banned from ESPN? I got my own show… I made no sexual intent on the fact that, switch gears means change topics her mind in the gutter if she thinks it’s something else, the only time I would hit on her if she’s breaking into my house and I mistake her for the boogeyman.