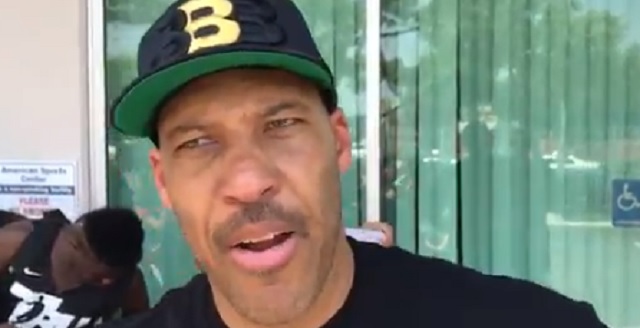 Since the NBA draft, Joel Embiid and LaVar Ball have been going at it nonstop. Last week, Embiid was fined $10k by the NBA for saying “Fuck LaVar Ball” during an Instagram live video. While speaking to the media, Ball had a message for Embiid after the NBA fined the Sixers center.

LaVar Ball responds to Joel Embiid's fine from the NBA: "When you working for somebody, shut your mouth." pic.twitter.com/HrsD0RKXxn

“He get fined every time he say a cuss word. Like I said, his vocabulary is limited. I bet you he can’t say ‘F you’ more than I can say it to him. Cause his ass would be broke. When you working for somebody, shut your mouth.”

We’ll see if Embiid continues to trash talk Ball or stays away because the NBA slapped him on the wrist.