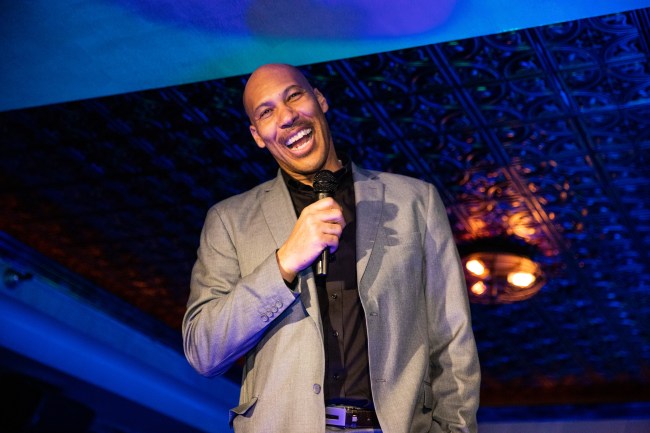 LaVar Ball’s clown show continues, guys. The loud-mouthed, outspoken dad of Lonzo, LiAngelo and LaMelo Ball is doing his normal rounds of public appearances, and, as a guest on the Say Less with Kaz podcast, talked about some of his thoughts regarding the NBA Draft later this year. With his son LaMelo projected to go as high as No. 1 overall, LaVar wanted to give his honest opinion about where he thinks his son should land — and, for some reason unbeknownst to any human being, the eldest Ball doesn’t want the Golden State Warriors to draft LaMelo.

Saying he doesn’t think LaMelo would mesh well with the Warriors because of the presence of Steph Curry and Klay Thompson, LaVar Ball went down a rabbit hole to explain why his 18-year-old son should never have to learn from a two-time league MVP and three-time NBA champion.

“That’s the part I don’t like about Golden State,” LaVar said on the Say Less with Kaz podcast. “They got Klay and the other guys, and now you want to put Melo in that mix to say you got to follow these guys. Melo ain’t no follower. He don’t need to do what they do, let them do they thing.

“There’s a reason you are looking at my son. He’s talented and can play the game. It ain’t that hard. Guy is open, and you pass it to them. You open and you been working on your shot? Shoot the ball. It’s fast-paced, it’s good. But don’t be like Melo got to his turn and wait for two or three years to go by and learn from the veterans. Ain’t about that. Can you play or not?

“And when you special, how do you coach somebody special? You just enjoy it, and they special because of the things they do. Enjoy it. Let him do what he does.”

What in the actual fuck is LaVar Ball smoking, guys? Is this guy sane? Can we check him for a previous head injury that might be impairing his judgement? On what universe does any 18-year-old not want to learn under the tutelage of all-time greats like Steph Curry and Klay Thompson? They’ve accomplished things LaMelo Ball could only hope to achieve.

In fact, LaMelo Ball already disagreed with his dad’s bullshit take, voicing his thoughts in a since-deleted tweet after hearing what LaVar said about the Warriors. 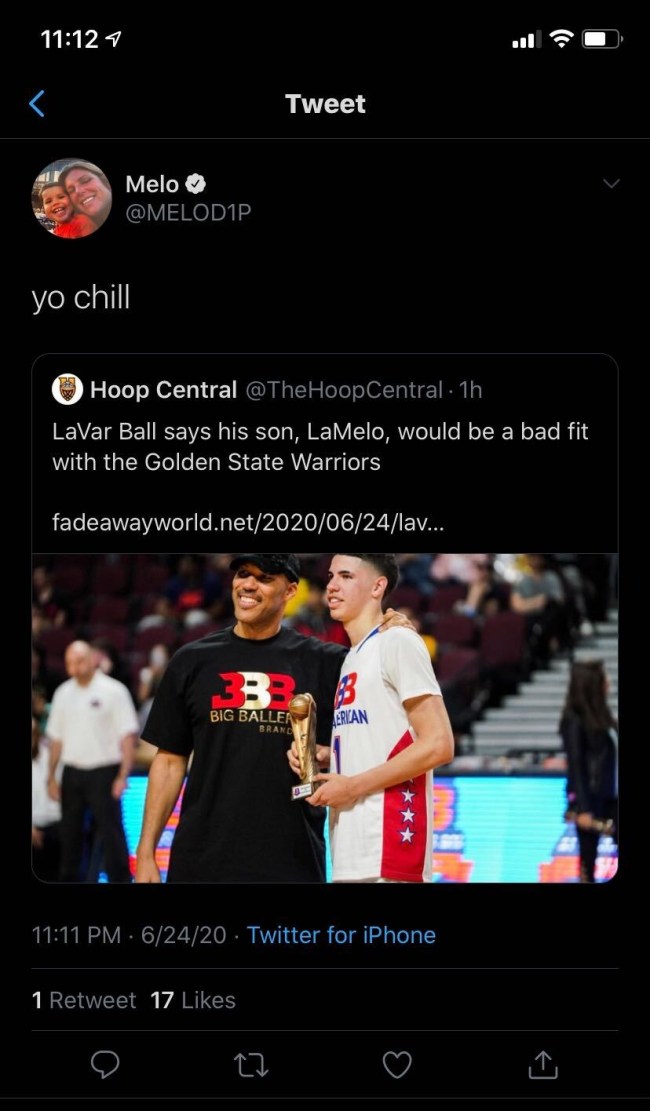 And, while LaVar doesn’t think LaMelo would be a good fit alongside the Splash Brothers, he does still think the Warriors will snag his son with the No. 1 overall pick in the NBA Draft should Golden State get it — and, of course, says it’s because LaMelo will be the one bringing fans into the stands.

There have been some wild LaVar Ball takes over the years — like how he said he could beat Michael Jordan one-on-one — but this is definitely up there as one of the craziest. Maybe LaVar forgot the Warriors went to five-straight NBA Finals’ before this year’s abysmal season? Or that they’re poised to bounce back next season when fully healthy to compete for a title again. Or that they absolutely don’t need some washed up athlete like LaVar telling them how to run their successful franchise.

It’s time for LaVar Ball to climb into a bunker and hide for a little bit, because his son should be hoping to end up on a team like Golden State and not some crappy organization like the New York Knicks.