Welp, The New York Knicks Just Released A Statement About The Protests Going On And, Yep, It Sucked Real Badly 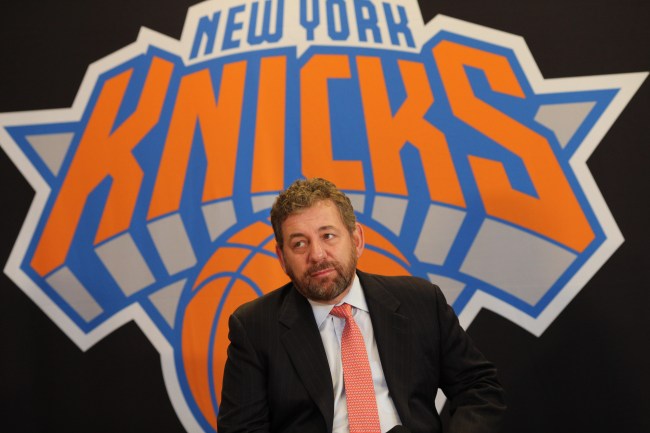 The New York Knicks are the epitome of a shitshow. Yet, somehow, the team — which hasn’t reached the NBA Playoffs since the 2012 season — continues to find itself at the top of the list of most valuable franchises in the league; which is actually sad AF considering they’re so dysfunctional.

Over the years we’ve seen owner James Dolan publicly get into it with a former player, Charles Oakley, as well as go after the Knicks’ No. 1 fan, Spike Lee, further proving this organization has a serious problem when it comes to leadership. And, as if that wasn’t already evident, the team’s recent statement regarding the Black Lives Matter protests is further proof that Dolan and the people in charge of running the team have zero clue about anything.

Remember, Dolan got dogged a couple of weeks ago for an email he sent to his staff about why the team hadn’t released a statement about the George Floyd incident — which pissed off a lot of people. So now that the New York Knicks did decide to take action and speak up about the protests, one would think it’d be well thought out and specific, right? Well… remember, these are the Knicks, so it didn’t exactly turn out all that great.

Could there ever be a more dry and unemotional statement? Like, WTF do the New York Knicks’ PR team get paid to do at this point? The statement didn’t even try to talk about anything specific, and, clearly, is the team’s way of trying to show some action without pissing anyone off. It’s truly amazing at how mediocre this franchise is at everything it does.

Once the BS statement hit social media, you better believe people had plenty of reactions, wondering why the team even felt compelled enough to release a bunch of words that didn’t seem to have a whole lot of meaning. Take a look below at what some people on Twitter had to say.

Knicks PR: “All you gotta say is Black Lives Matter and we are in the clear”

I'm shocked they even said anything tbh. What a sad franchise.

It took you two weeks to issue a statement that's missing the only three words that matter here???

James Dolan sucks; and he should sell the team, like, now. The New York Knicks suck. The statement they released about the protests sucks. And, considering they were the last NBA team to release a statement about the killing of Floyd — and this is what they came up with — only goes to show that the PR team sucks, too. Do better, Knickerbockers, or just avoid saying anything about the topic at all.