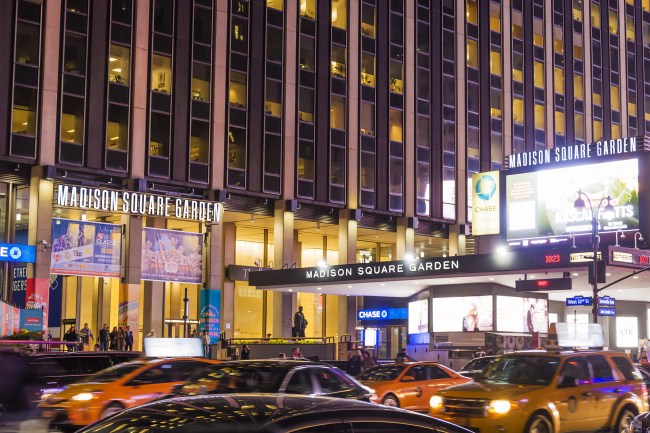 Once again, the New York Knicks have been revealed as the most valuable NBA franchise with a total value of $4.6 BILLION, just a few (hundred) million ahead of the Los Angeles Lakers in the #2 spot and the Golden State Warriors in the #3 spot. These three teams are each worth more than $1 billion more than the #4 team.

The New York Knicks have only won 17 games this season. They’ve lost 37 games for a truly horrendous and pathetic .315% win percentage. The fans are openly booing the owner James Dolan ($1.5B net worth) and calling for him to sell the team. The Knicks are so damn cheap they’re awarding fans in scratch-off lottery tickets for hitting half-court shots….But they’re still the most valuable team in the NBA

The Knicks’ value is up 15% from 2019, according to the newly-released annual report from Forbes which outlines each NBA franchise’s value. The Knicks are worth more than three times the Memphis Grizzlies or the New Orleans Pelicans despite being unable to put together a winning team.

Here is a look at the most valuable NBA franchises of 2020 (via Forbes):

There is A LOT that goes into the Knicks remaining the most valuable team in the NBA. These numbers are from a Business Insider video that explains the Knicks’ 2019 valuation so they’ve probably gone up roughly 14% based on the team’s value going up that amount. So don’t get caught in the specifics here but this is a helpful explainer on who they remain so fucking valuable despite having six losing seasons in a row:

“It all hinges around Madison Square Garden, the world’s greatest arena. The arena alone is valued at $828 million and makes up 23% of the Knicks’ value. The $1 billion renovations in 2013 brought in the Chase bridges which wrap around the sides of the arena, Tao Group offers luxury party options, there are some INCREDIBLE luxury boxes on the floor, and this caused a 9% increase in value.”

Another key to the Knicks’ off-court success is the organization’s fixed revenues.

Narrator: The NBA is currently in the midst of a nine-year, $24 billion national TV contract. The deal pays the NBA about $2.6 billion per year, which equals about $88.9 million per team. The payout is three times higher than the value of the NBA’s previous one and that influx of cash caused the league’s salary cap to jump. The cap jumped from $63 million to $94 million in two seasons and players’ salaries rose along with it.

One owner told ESPN, quote, “National revenues drive up the cap, but local revenues are needed to keep up with player salaries. If a team can’t generate enough local revenues, they lose money,” unquote. (via)

I just cannot foresee a world where New York Knicks owner James Dolan sells the team when it is the most valuable franchise in the NBA. It would take the NBA brass stepping in to force him out at this point. He’ll continue to kick anyone he wants out of Madison Square Garden anytime he feels like it because he can. Nobody’s stopping him from ruining those fan’s lives with six losing seasons in a row. The city of New York deserves better.

You can see this year’s complete Forbes list by clicking here.