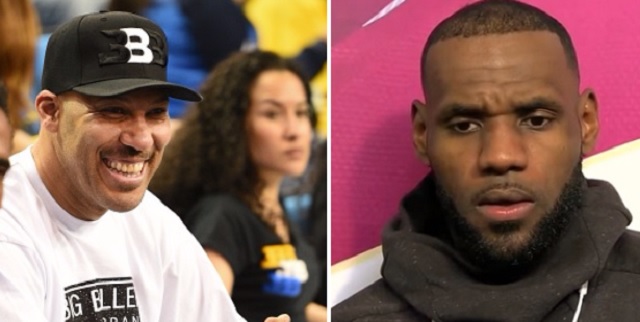 LaVar Ball is going to fall back anytime soon.

Yesterday, a pissed off LeBron James warned Ball to keep his “kids names out of his mouth” after Ball mentioned in interview that he thought LeBron Jr. was probably going to be “whack” because his father doesn’t have enough time to mentor him.

Today, in an interview with Fox Sports Radio’s “The Brick” Ball responded to LeBron’s stern warning.

People are just asking me questions. I’ve been talking all my life, and now the cameras are in front of me… if you want to ask me a question I’m going to give you an answer because I have freedom of speech to say whatever I want. It’s just for conversation the next day.”

“I don’t care, they not going to stop me from doing what I’m doing. If they get a little touchy about it, who cares. They’re not gonna do nothing to me and I’m not gonna do nothing to them, it’s not a big deal.”
.
“I have no problem with LeBron, they asked me a question about if I thought superstar players’ kids were good. My opinion is I’ve never seen one that’s been really good. LeBron is going to make his kids one of the best players ever according to him.”

“I’ve never seen one really live up to what their dad has done, so he could be the first. It’s not about me having his kids name in my mouth, I’m not worried about his family. If somebody asks me a question I’ll answer it the way I want to answer it.”

LeBron is just going to have to take it on Lonzo Ball next season on the court.