LaVar Ball Has Made ‘Millions Of Dollars’ Off Facebook Partnership 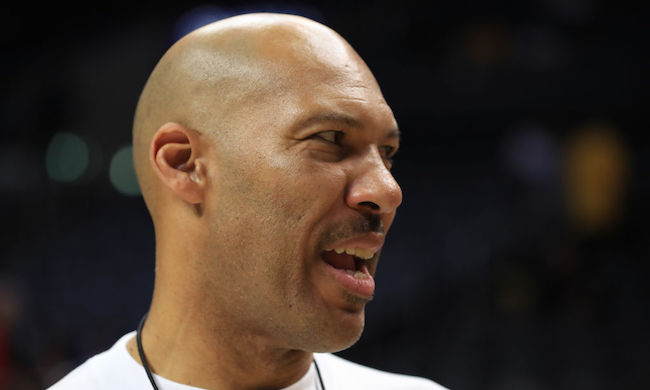 The Big Baller Brand is thriving. According to ESPN’s Ramona Shelburne, LaVar Ball and his family have made millions of dollars with their Facebook reality show Ball In The Family which is bringing in some huge numbers for the social media site.

Each episode of “Ball in the Family,” which is now in its second season, has drawn over 1.2 million views, with individual episode highs of 26.8 million for the first-season premiere, 10.2 million for the second-season premiere, and 14.9 million for an episode with Lonzo’s birthday party. There is also a private Facebook group devoted to the show with nearly 29,000 members. While there is no word about a third season yet, Season 2 was just extended to 24 episodes, which will run longer (approximately 20-25 minutes vs. 15-20 minutes) than previous episodes, based on viewer feedback. In short, fans wanted more of the Ball family.

This kind of brand value and stickiness is incredibly valuable online. Facebook used the show to launch its new Watch platform in August, and it has easily been one of the most successful shows thus far. It is fast-paced, funny and heartfelt at times, and it’s produced by Bunim/Murray, which also does “Keeping Up with the Kardashians.”

It also has been quite lucrative for the Ball family. According to multiple sources close to the situation, the family was paid “millions” of dollars to do the show.

Big Baller Brand’s partnership with Lithuanian club Vytuatas has been hugely beneficial to the team which was riddled with debt before the Balls showed up.

The Ball family also has brought quite a bit of prosperity to the Lithuanian club that signed LiAngelo and LaMelo, Vytautas. While LiAngelo and LaMelo are making only 500 euros a month — a fact revealed by Alvydas Vaicekauskas, the mayor of Prienai, during an appearance on a Lithuanian talk show — the brand value alone has been invaluable.

Live streams of the team’s games have drawn millions of views on the website Ballislife, a Facebook partner. Proceeds from those live streams, as well as increased ticket sales and Big Baller Brand’s five-figure sponsorship, have helped the club pay off its old debts, get money for new players and pay their current players consistently, according to Lithuanian journalist Donatas Urbonas.

“Big Baller Brand made a donation for the club,” GM Adomas Kubilius said in an email. “The donation helped to solve” the debts to players. Kubilius said the club already has discussed how it will “bring back” the money to the company.

People want to hate LaVar Ball but the turned the Big Baller Brand from a T-shirt company with a shitty website to a legit brand that brings in millions of dollars a year. Props to him.