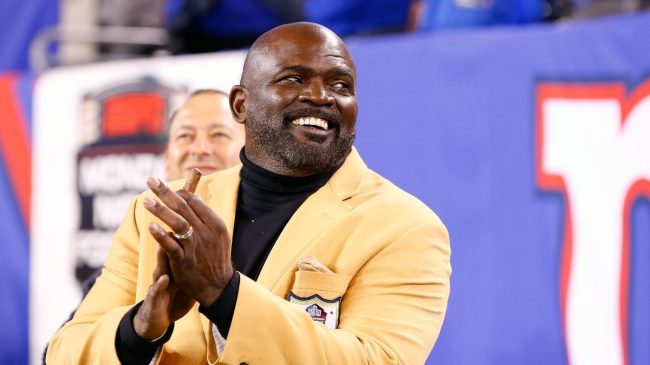 The Dallas Cowboys were able to give the New York Giants their first loss of the season. However, all eyes were on Micah Parsons, as legendary linebacker, Lawrence Taylor, was in attendance at the game. Taylor has been vocal throughout the week leading up to the contest, as the Hall of Famer wanted to see what Parsons has. Now, Taylor reveals his thoughts on the rising star.

Arnold Payne shared a snippet of Lawrence Taylor commenting on Micah Parsons. The Giants legend claims, “he’s playing pretty well, let’s see if he can keep it up for dag-on 13 years.” So, it sounds like Taylor likes what he’s seeing from the Cowboys’ star. However, longevity is going to be what decides Parsons’ legacy in the NFL.

Lawrence Taylor commenting on Micah Parsons, “He’s playing pretty well, let’s see if he can keep it up for dag-on 13 years.” pic.twitter.com/4F1h1zdAdt

Taylor is known as one of, if not, the best defensive player in NFL history. Considering he also played linebacker during his prime, his opinion on Micah Parsons carries weight. Cowboys fans have to enjoy hearing these words. Even if it comes from an opposing rival’s legend. Regardless, the former Giants linebacker just wants to see how long Parsons can be an elite player in the league.

So far so good for the Cowboys star. He took home the Defensive Rookie of the Year award and was in the running for Defensive Player of the Year as well. It’s been a hot start for Micah Parsons, however, Lawrence Taylor is right. If Parsons can maintain this high level of play for “dag-on 13 years” then he has a chance to go down as one of the best to ever play the game.