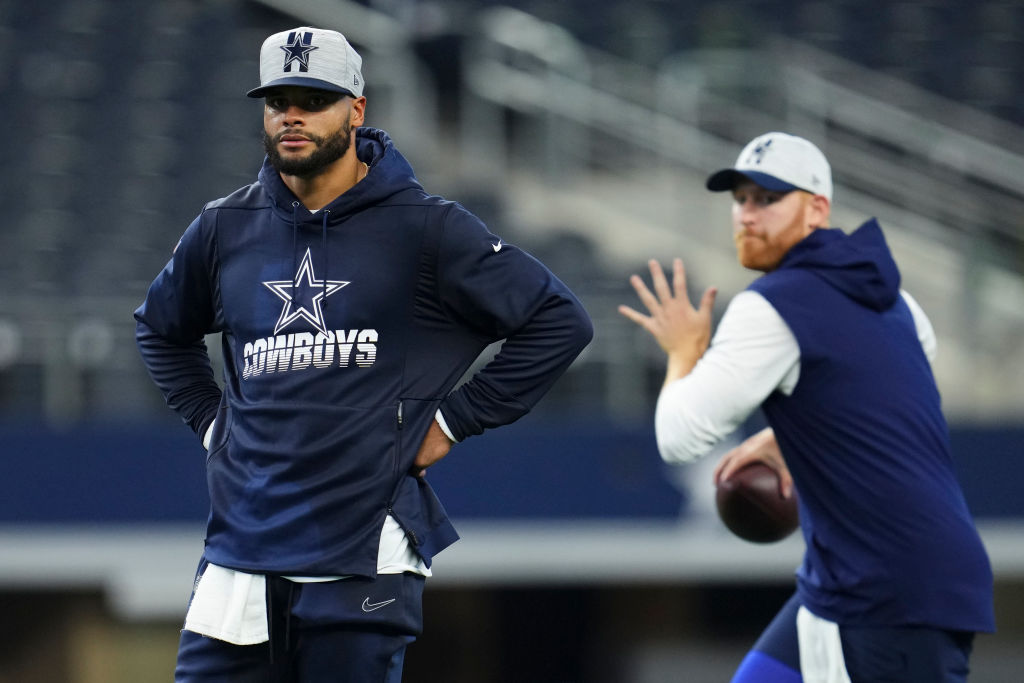 Cowboys owner Jerry Jones wanted a QB controversy and he may have just gotten one.

Last week while talking to the media, Jones welcomed a QB competition because it meant that Rush would have won his games while Dak Prescott was out with injury.

NFL analyst Phil Simms went on to say he didn’t feel there was a big dropoff from Prescott to Rush.

“Cooper Rush has a good arm, he has experience, he led the team to a victory last year,” Simms said. “He can make the plays. There’s not going to be a huge drop-off to me.”

Phil Simms on @insidetheNFL says there won’t be a huge drop off from Dak Prescott to Cooper Rush to which Julian Edelman responds: “Who is Cooper Rush!?! 😂

Cowboys fans are not genuinely debating whether Rush is better than Prescott.

To me, Cooper Rush is a better quarterback than Dak Prescott. Dak is more athletic and dynamic, but Rush is the better QB. I just feel he makes better decisions and manages a game better. #DALvsNYG

Imma say it. Cooper Rush has been better than Dak Prescott.

Even Skip Bayless chimed in.

All I know is this: I'm certainly not saying Cooper Rush is better than Dak Prescott … BUT HE HAS PLAYED BETTER IN HIS THREE STARTS, TWO ON THE ROAD, THAN DAK HAS AGAINST GOOD TEAMS OVER HIS LAST 12 GAMES.

Some Dak defenders popped to stop all the Rush is better than Prescott debates.

Cooper rush is not better than dak dont let these games fool you dak would of put 40 on them!

Preciate it Cooper Rush but Dak is still my QB.

No I will not be taking questions at this time.