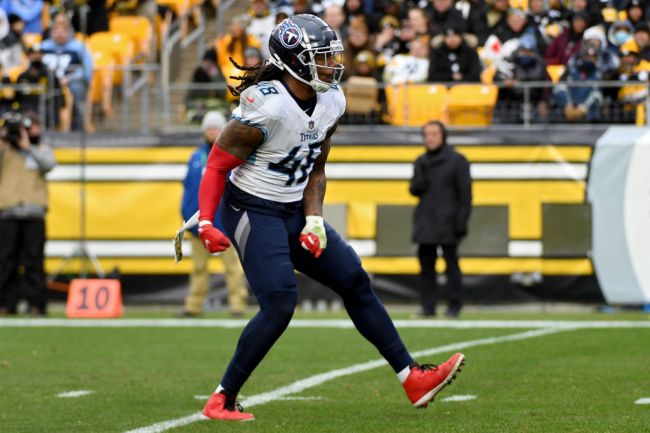 Titans defensive end Bud Dupree reportedly got into a physical altercation with fans at a Walgreens on Sunday that led to a police investigation, and we now have video of the incident.

According to police, Dupree allegedly got into a fight with two Walgreens employees who were filming him inside of a store.

According to a statement from the Metro Nashville Police Dept., cops were called to the store at around 8 PM on Sunday night — just hours after the Titans had beaten the Miami Dolphins in Tennessee.

Cops say Dupree and “several” people with him got into an altercation with two employees at the store … after “a male employee began videoing Dupree with his phone.”

Police, though, say by the time officers arrived on scene, Dupree and the other individuals with him had already left.

A video of the incident has now surfaced on the Internet, and it shows Dupree pulling a woman away from the brawl inside the Walgreens before pointing at a man holding a camera while making his way out of the store.

Broadway Sports has obtained exclusive footage of the alleged incident. This is the only portion of the video we received and it may not show the full context of what happened.

The website appears to be down but here is the Bud Dupree video courtesy of @BroadwayTN pic.twitter.com/LVu29snds6

On Tuesday, Metropolitan Nashville (Tenn.) Police Department announced they were citing Dupree with misdemeanor assault of the incident.

Citation states a group of ppl entered the store & got in a verbal argument w/ the victim. They left & came back w/ Dupree. Dupree then grabbed the victim & his phone. They got into a physical altercation before Dupree left. He's being charged w/ "assault-fear of bodily injury."