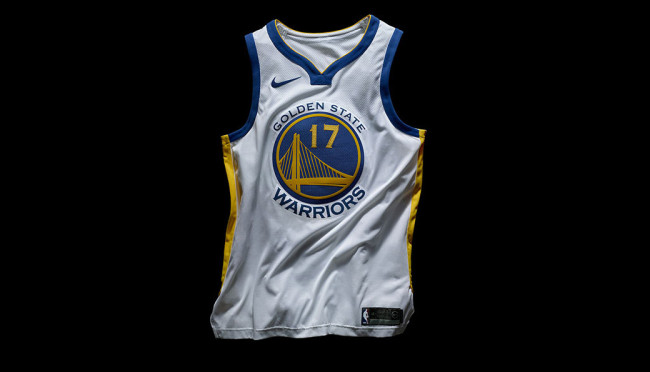 Back in July, Nike unveiled a small sampling of what some of their new NBA jerseys will look like for the upcoming 2017-2018 season.

As a part of Nike’s redesign of every team’s NBA uniform they announced that they would be getting rid of home and road jerseys and replacing them with four core uniforms for each team, classified into four “editions.” The editions are called The Association Edition, The Icon Edition, The Classic Edition, as well as a Statement Edition.

Here's a sneak peek of the Kings' jerseys this season 👀

Several, if not all of the Association and Icon jerseys have already been revealed, but until today no one had seen the Statement jerseys yet. And no one was apparently supposed to have seen them either, but one man in Australia, @JMoneyMikita, got his hands on an advance copy of NBA 2K18 and lo and behold, all 30 of Nike’s new Statement jerseys were revealed!

Here are some of what he discovered…

MAJOR UPDATE: @JMoneyMikita is back w/ the goods & has provided full-views of all the "new designs". 39 new pics 👉 https://t.co/6rE8Or6Mdj pic.twitter.com/OMVkXX1lbW

All NBA Nike 'Statement' Jerseys (via @theScore). Which one is the hardest to you? pic.twitter.com/OT0Qfz4j6W

Check out the rest of the uniforms right here.