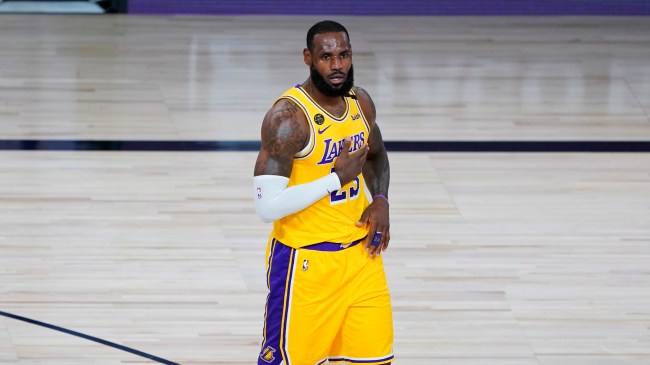 LeBron James was emotional on the last day of shooting his Space Jam reboot in the summer of 2019.

TMZ obtained the audio of the speech in which a passionate James addressed cast and crew members on the last day of shooting.

“I’m gonna be honest completely with you guys — when I found out about the project, I was like it’s ‘Space Jam’! It’s a movie that I grew up watching. People in the movie that I idolize. I was like absolutely, I gotta do it. There’s no way I can turn down ‘Space Jam’!”

“I’m just a small kid from Akron, Ohio — a very small town outside of Cleveland. From a single-parent household, I’m the only child, my mother had absolutely nothing. She was walking around high school when she was 16 years old and she was pregnant with me as a high school sophomore. So I’m really not supposed to be here.”

TMZ also leaked a picture of LeBron in the new Tune squad jersey.

Thoughts on the new #TuneSquad jersey compared to the OG? 🐰 pic.twitter.com/ovFnVihfUy

The new iteration of Space Jam is set to release some time in 2021.