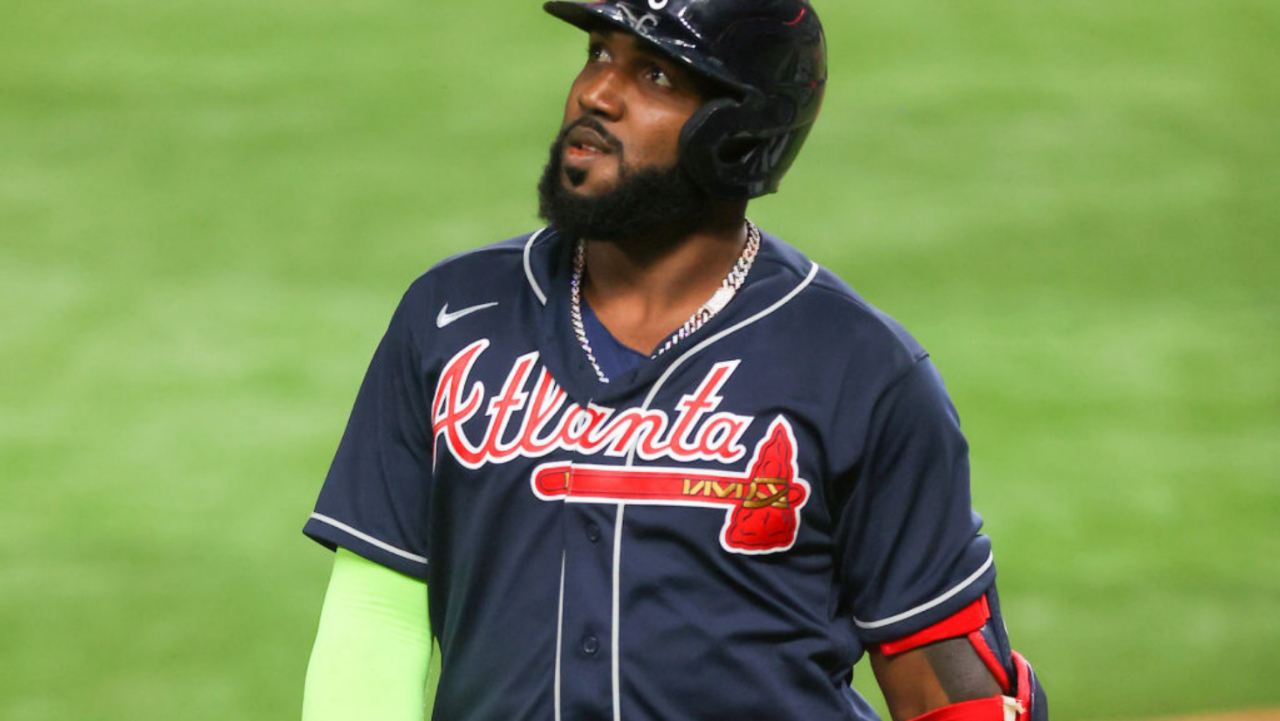 Marcell Ozuna tried to use his celebrity status to get out of a traffic stop, and it didn’t work.

On Friday, Ozuna had been arrested on suspicion of DUI after getting pulled over for driving recklessly on the road.

According to the newly-released arrest report, 31-year-old Braves outfielder and designated hitter Marcell Ozuna was pulled over at approximately 3:30 a.m. Aug. 19 after he was observed speeding and driving in both the left and right travel lanes along Beaver Ruin Road in Norcross in his Mercedes-Benz SUV.

The reporting officer wrote in his report that as soon as he approached the car, the driver said “sorry, sorry, I’m Ozuna from the Braves.”

The officer reportedly smelled alcohol and observed that Ozuna’s eyes were red and watery. The officer then asked Ozuna why he was in Norcross and he replied “the party.”

The bodycam video of the arrest has been released, and it shows Ozuna giving the police officer his MLB ID while yelling out, “I’m Ozuna from the Braves.

WATCH: When a Norcross Police officer pulled Marcell Ozuna over, he told him, "I'm Ozuna from the Braves" and handed him his MLB ID in addition to his driver's license. I'll have more on @FOX5Atlanta at 4:00. pic.twitter.com/ippnc9BFek

The officer was clearly unmoved by Ozuna’s celebrity status and arrested the MLB outfielder.