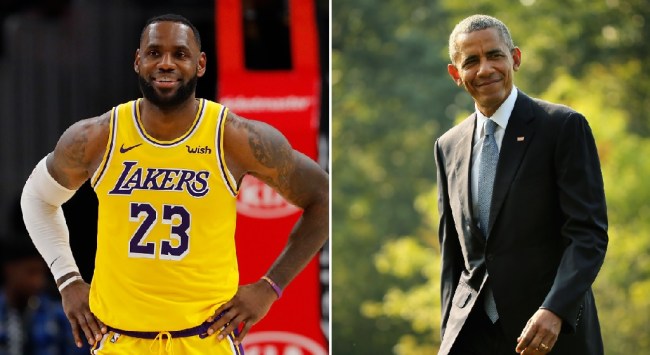 On Saturday night, the former President was out campaigning with Joe Biden and was filmed casually nailing a 3-point shot at a campaign stop in Flint, Michigan.

LeBron immediately reacted to Obama’s shot on Twitter, and he very much enjoyed what he saw.

It is worth noting that LeBron and Obama are good friends. On Friday the NBA superstar revealed he had sought advice the former President while inside the bubble when the Bucks went on strike following the shooting of Jacob Blake.

LeBron talks about how he, CP3 and others sought guidance from Barack Obama during the NBA boycott that followed the shooting of Jacob Blake.