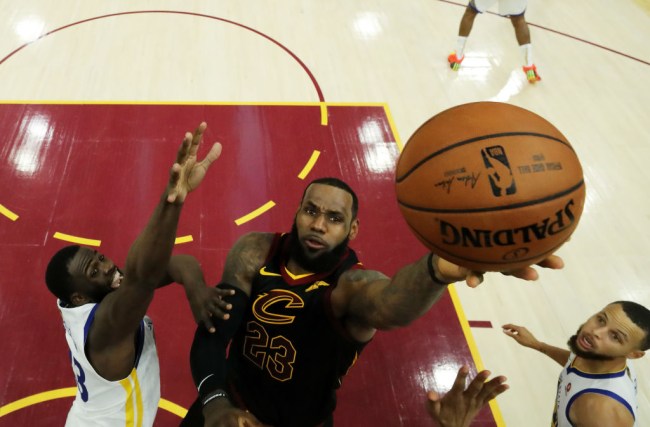 LeBron James’ return to Cleveland tonight to face his former franchise for the first time since (once again) leaving for another team had a very different feeling than the last time he came back as an opponent. We all remember that, when Cavs fans were booing him mercilessly with, yes, even one throwing a battery onto the court. Keep it classy, fellow Cleveland sports fans.

This time around, though, James’ return to Cleveland didn’t carry nearly as much animosity, with many Cavs fans giving the future Hall of Famer a standing ovation, cheering him to the point of near tears. For a Cavs fan and homegrown Clevelander like myself, it was the fitting way to show love for a guy who gave the city the four best years of our sporting lives, delivering on his promise of a championship when he returned from South Beach in 2014.

While there were some grumblings about how the Cavs organization would treat LeBron James’ return, the franchise did the right thing by giving him a tribute video about midway through the first quarter of tonight’s game. And, well, chills.

Unlike the first time LeBron James left Cleveland, he didn’t drag the city through the dirt, leading us on for weeks while back-channeling some scheme to leave. Sure, it sucks that he’s in Hollywood, living the bright lights of L.A., but the dude gave everything he had for the past four seasons, winning a title for the city that had long been overdue.

We don’t hate him like we once did, and, for that, this tribute video was the fitting end to his time in Cleveland.