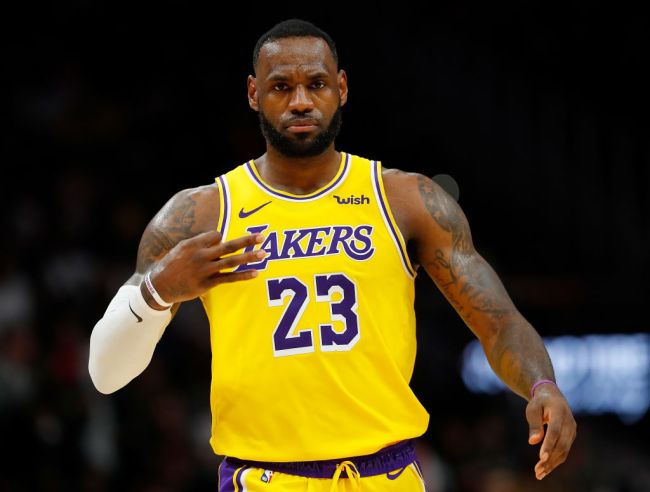 The Los Angeles Lakers were eliminated in the first round of the playoffs by the Phoenix Suns after Anthony Davis went down with an injury. With so much time on his hands, LeBron James has been spending it firing shots at the haters who are counting him out after an early exit.

Just a few weeks ago, LeBron posted a clip from the movie “Gladiator” proclaiming that he was going to get his vengeance after this season.

LeBron is now moved on from posting movie clips to posting cryptic song lyrics directed at the haters. On Tuesday, LeBron tweeted lyrics from Drake’s “30 for 30′ freestyle that are pretty interesting.

Never thought I'd be talkin' from this perspective
But I'm not really sure what else you expected
When the higher-ups have all come together as a collective
With conspiracies to end my run and send me a message. 🦉👑

You can't be serious. https://t.co/e3SVmugEns

Bron has been smoking that good good. He's not used to such an early offseason… I get it. https://t.co/jtJXPMgn3j

This fool really does try to find any opportunity he can to play victim. Both on and off the court. https://t.co/y3dGpb5DCk

The “higher ups” have given this man every player he’s ever asked for and he still loss 6 times. David stern and Adam silver have worked with this bozo. https://t.co/OC8A5yXriu

Bro if you don’t shut your corny ass up. THE HIGHER ups support you like no other 😂😂😂 https://t.co/2SjLm4TsVS

Not “it’s corporate giants and machines that went against me” 😧 https://t.co/Fg2BdXdm9N

Fam fed up with the “DURANT IS THE GREATEST PLAYER IN THE WORLD” narrative 😂😂 https://t.co/YO0wJ2Ln4W