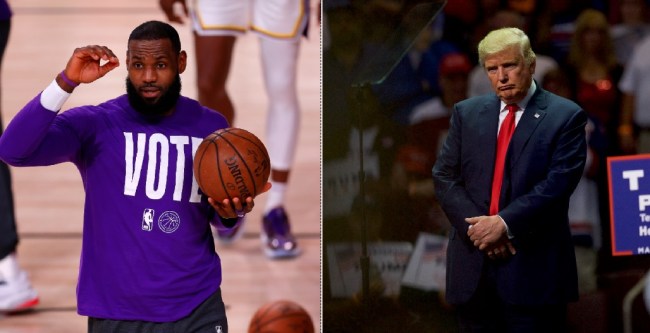 LeBron James has broken his silence now that it appears that President Trump may be on his way out of the White House.

Just last week, Trump took a shot at LeBron at a campaign rally in Pennsylvania which led a “LeBron James sucks” chant among his supports.

With Joe Biden on the brink of being named President-elect after leading in several swing states, LeBron took to Twitter troll Trump with a Biden Avengers themed meme.

Let’s go!!!!! Black voters came through…again. Be proud as hell but do not stop! We must stay organized and keep working. We just tipping off. I promise you I’m here for y’all throughout! ✊🏾💪🏾🖤 @Morethanavote pic.twitter.com/Zi1NInJeOd