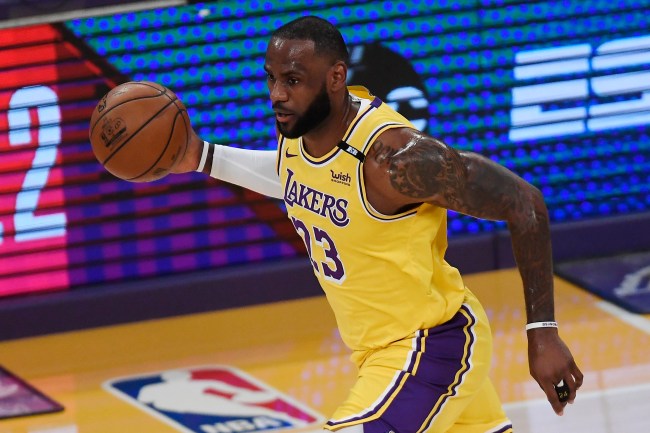 The LA Lakers are officially in the playoffs thanks to LeBron James and his clutch shooting but the Lakers superstar is still not 100 percent healthwise according to ESPN NBA insider Marc J. Spears.

On Wednesday night, the Lakers clinched the seventh seed in the west and will face the Phoenix Suns in the playoffs after LeBron hit a go-ahead 3-pointer to beat the Warriors in the play-in game.

During an appearance on ESPN’s The Jump on Thursday, Spears noted that LeBron handed off the playmaking duties to Dennis Schroder because he was still bothered by his ankle injury and was “playing on one leg.”

“We need to be concerned about LeBron James. If you watched him he was actually supposed to run the point guard and he kept deferring to Schroder,letting Schroder bring the ball up, I’m hearing he’s playing on one leg”…

In the game prior to the play-in game against the Warriors, LeBron appeared to reinjure his right ankle which has been giving him trouble for the past few months.

LeBron leaves the game after rolling his ankle pic.twitter.com/zV1NfdagOx

The Lakers don’t play the Suns until Sunday so LeBron has a few days get some treatment and we’ll see how he looks then.