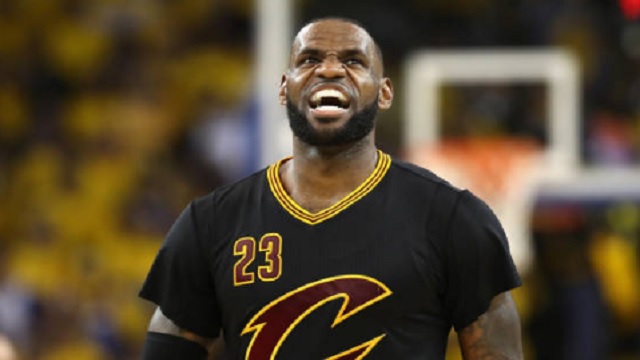 After Isaiah Thomas was traded from the Celtics to the Cavs for point guard Kyrie Irving, several attention seeking Celtics fans took to Twitter to post videos of themselves burning their Isaiah Thomas jerseys.

Not my Point Guard pic.twitter.com/TVTI1Qu0aD

On Thursday, an angry LeBron James defended his new teammate and blasted the Celtics fans who choose to burn their Isaiah Thomas jerseys.

The burning of the jersey thing is getting ridiculous now! The man was traded. What do u not understand? & played in a game after …..

Became an All-Star, etc!! If these guys weren't good, u guys would be the first to say "get them up out of here". Man beat it! When "we"….

It’s obvious that the above fans aren’t really angry with Thomas but are trolling for attention.

Of course the whole jersey burning stuff is a bit of a touchy subject for LeBron considering Cavs fans once burned his jersey when he left for Miami back in 2010.