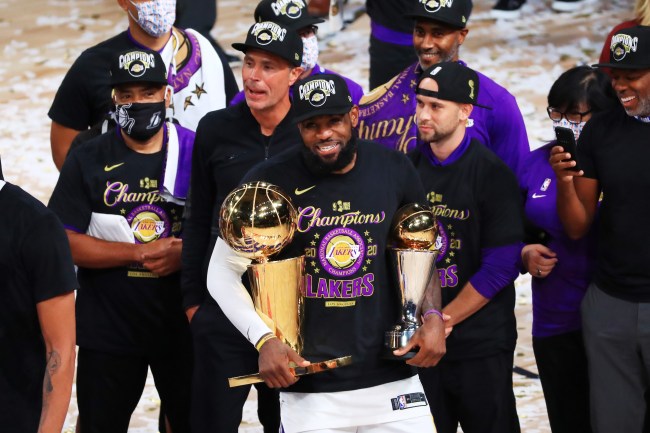 On Sunday, LeBron won his 4th title and 4th finals MVP after the team blew out the Heat in game 6.

During his Finals MVP speech, LeBron had a message for the haters who doubted the Lakers all season long.

We just want our respect, Rob wants his respect, coach Vogel wanted his respect, the organization want their respect, and I want my damn respect too.