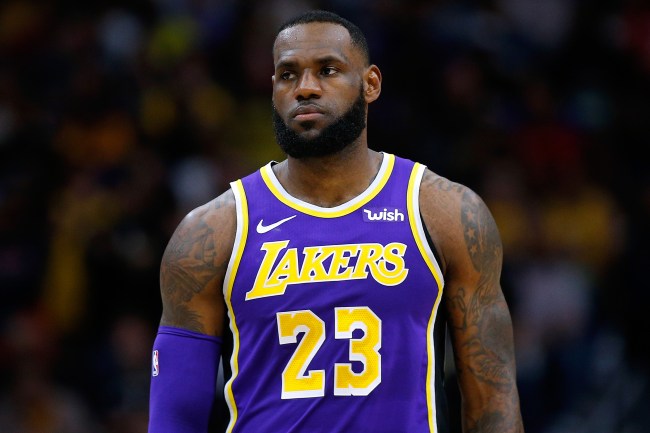 Things are not looking good for the LA Lakers.

“How many know what’s at stake if you’ve never been there?” James asked Saturday after L.A. went down by as many as 20 points to a Pelicans team that was resting Davis and came into the night eight games under .500.

I’m playing devil’s advocate, you know? It’s kind of a fine line when you talk about that, because when you’ve never been there or know what it takes to actually shoot for something like that, sometimes you’re afraid to get uncomfortable.

“So you got to be comfortable with being uncomfortable. So I’m not saying that’s what we are as a whole. It kind of looks that way at times, that sometimes we’re afraid to be uncomfortable and kind of get out of our comfort zone and kind of, you know, have that sense of urgency from the jump, and not be afraid to actually go out and fail to succeed. So I mean, we have, what — 23 games left? We’ll see what happens.”

Today, the Lakers lost again to the Memphis Grizzlies and LeBron once again called out his teammates for failing to live up to their expectations.

Lakers’ LeBron James after loss to Grizzlies (via @SpectrumSN): “If you’re still allowing distractions to affect the way you play, this is the wrong franchise to be a part of and you should just come in and be like, ‘Listen, I can’t do this.’” pic.twitter.com/s3gHiuhODx

Update: With some context it doesn’t appear that LeBron was talking about his teammates.

Is the playoff push becoming a distraction for the Lakers from their game to game execution? Here’s LeBron James’ answer: pic.twitter.com/MwdMTgi3CV