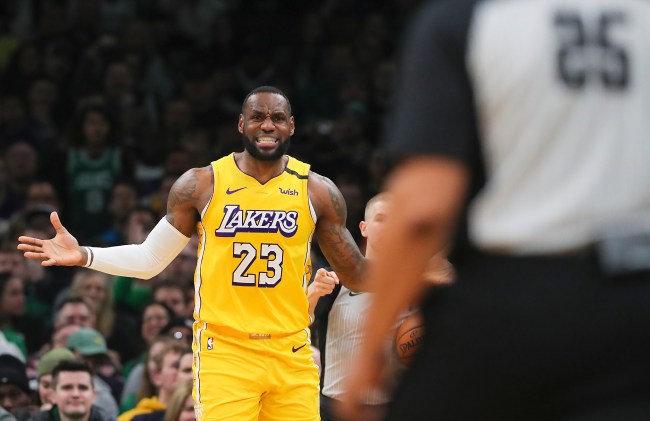 Earlier this week Kevin Durant may have been caught in a lie when he denied telling Jay Williams to not ever compare him to Giannis Antetokounmpo.

“I stand by my story”@RealJayWilliams responds to Kevin Durant disputing the story he told on yesterday’s show pic.twitter.com/RCXq0wOv3C

The Durant-Williams situation led fans to debate who is the greatest liar in the NBA.

While many agreed that KD was a big-time liar, LeBron eventually took the crown as the greatest liar in the NBA.

KD lie more than Bron bruh but his lies nowhere near funnier lol. KD has the quantity Bron the quality

Fans then started recalling every instance LeBron may have lied while speaking to the media which included the time he said he knew Kobe Bryant was going to score 80 points before the game had even started.

this is an all time lie from LeBron 😭😭 https://t.co/EGjmSiEHRv pic.twitter.com/Nx4MaFsDgd

And the time when he said he “don’t flop” and “doesn’t even know how to do it.”

The thread is pretty long and includes several hilariously obvious lies LeBron has told throughout his career.

Lebron acting like he invented some crazy idea with a deluxe album dawg this man a menace 😂😂 https://t.co/nV9HtisknT pic.twitter.com/yq0zlliIaA

bro be lying completely unprovoked 😭😭😭😭 cmon bra kobe did not possess you to dunk a ball https://t.co/7WyBpW0uxu pic.twitter.com/eIZkcvh4dk

The magic broken hand and fake cast in the finals even though he was throwing alley oops to himself off the backboard the game before will always be my favorite. https://t.co/AvOfKbEV8z pic.twitter.com/20R2OZrW2k

The Godfather lie is clearly the biggest lie LeBron James or any other athlete has ever said @Skinny_Unscrptd. LeBron had that press video when he was questioned on it wiped away from youtube and every other platform. Except for Reddit. https://t.co/gtwVmTlwkp pic.twitter.com/4kfMwy4eGj