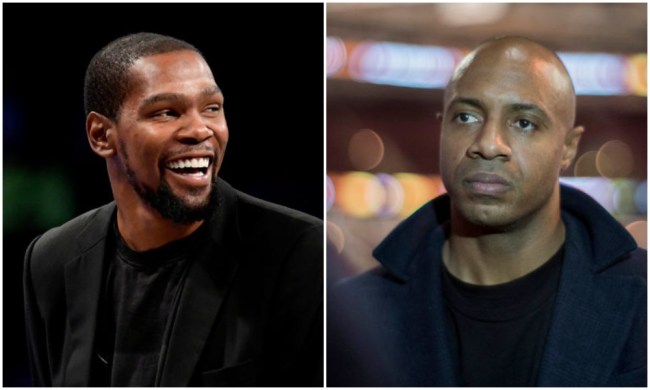 While Kevin Durant may be busy putting up big numbers against the Bucks in the NBA Playoffs, he’s still making time to blast Jay Williams.

During Tuesday’s edition of Get Up on ESPN, Williams shared a story dating back to a 2019 holiday party that involved Anthony Davis and Durant having a baby together.

Durant didn’t appreciate Williams sharing the alleged story to the world and commented on an Instagram post about the story, writing “this is a f–kin lie, Jay Williams can NEVER speak for me, ever…” 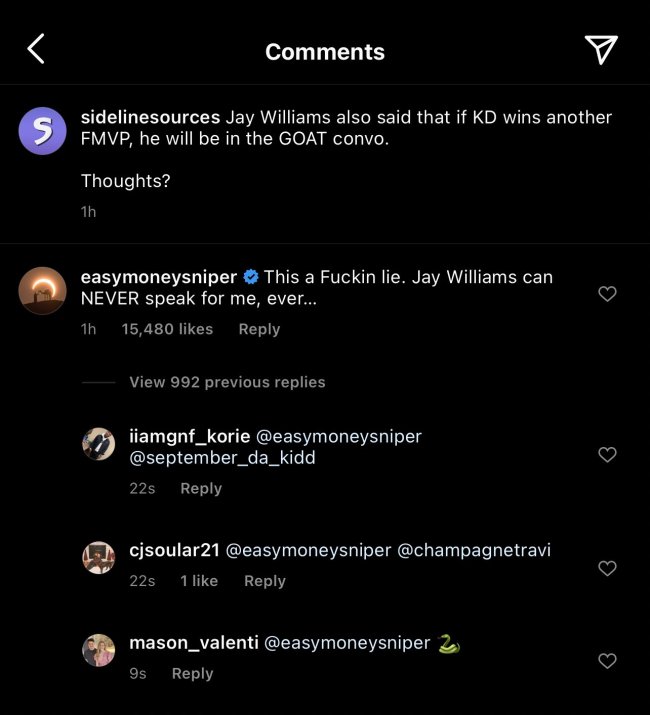 Most fans took Durant’s side in the situation claiming that Williams was either lying about the story or that even if it was true, he shouldn’t have shared a private conversation like that.

Williams isn’t bothered by KD coming after him, however, he’s sticking to the story.

“I stand by my story,” Williams said during his radio show on Wednesday. “I was probably wrong for sharing a personal story, but that’s what we do we share personal stories. But yesterday I sat there, I’m not going back and forth on social media.”

“I stand by my story”@RealJayWilliams responds to Kevin Durant disputing the story he told on yesterday’s show pic.twitter.com/RCXq0wOv3C

Williams went as far as to say that he hopes KD and the Nets win a championship and that it’s all love between himself and Durant.

Related: Kevin Durant Was Right To Call Out Reporter For Dumb Question About 2-Year Anniversary Of Injuries