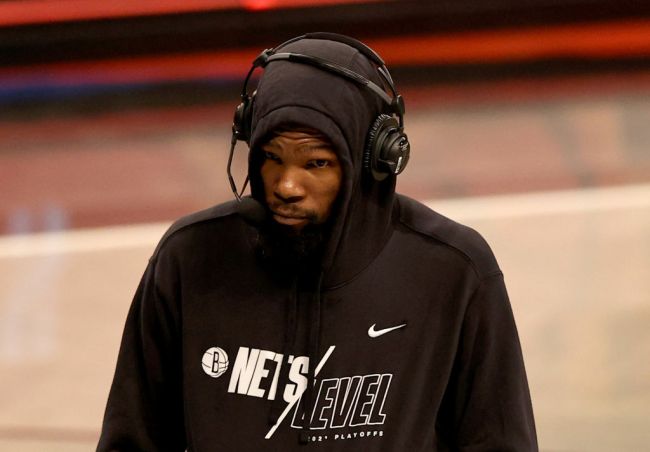 June 10 will be the two-year anniversary of the brutal Achilles tear Kevin Durant suffered in Game 5 of the 2019 NBA Finals and one reporter wanted to remind him about it following the Nets’ Game 2 win over the Bucks on Monday night, which KD wasn’t too big a fan of.

After Durant put up 32 points in Brooklyn’s 125-86 shellacking of Milwaukee he was asked if he ever thought he would be “this good” after all of the injury woes he endured during those 2019 playoffs. Durant responded with a question of his own, asking “Is that a real question?” before saying “of course I did.”

The exchange during the postgame interview was pretty awkward.

'Is that a real question?"

KD wasn't having it 😂 pic.twitter.com/136IYr0JDO

It’s not the worst question a professional athlete has ever been asked, but it’s certainly not the best one either. Durant had every right to ask the reporter himself why he would ask that sort of thing.

Durant isn’t looking to reminisce on the biggest struggle and rehab process he’s ever endured following an injury just minutes after beating up on the Bucks. The reporter has got to do what he’s got to do – he may have even been fed that question by someone else – but that just didn’t feel like the right time or place to talk about a negative, and Durant let him know.

KD has his sights set on Game 3 against the Bucks and carrying Brooklyn’s wave of momentum into Milwaukee.