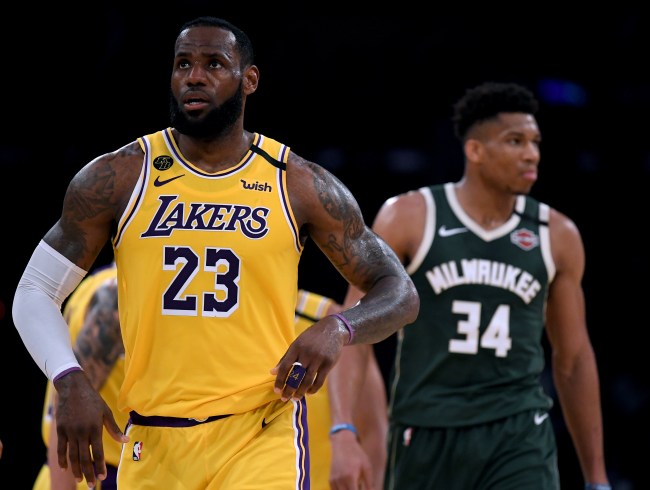 On Friday afternoon it was revealed that Giannis Antetokounmpo had won the MVP award in a landslide after he received 85 first-place votes out of 101.

After Friday night’s Lakers blowout win against the Denver Nuggets, LeBron was asked about finishing second in MVP voting, and he said it pissed him off that he got so few first-place votes from media members.

Lakers’ LeBron James on finishing second in 2020 NBA MVP voting: “It pissed me off. That’s my true answer… Out of 101 votes I got 16 first place votes. That’s what pissed me off more than anything… Not saying the winner (Bucks’ Giannis Antetokounmpo) wasn’t deserving.” pic.twitter.com/vJJ1BIdvOm

LeBron went on to complain about the entire the media voting system.

Lakers’ LeBron James w/ a long riff on awards voting after finishing second for 2020 MVP: “The voting scale is a little weird to me… I don’t know how much really we’re watching the game of basketball or are we just in the narration mode, the narrative.” pic.twitter.com/xJeQ1HLoMD