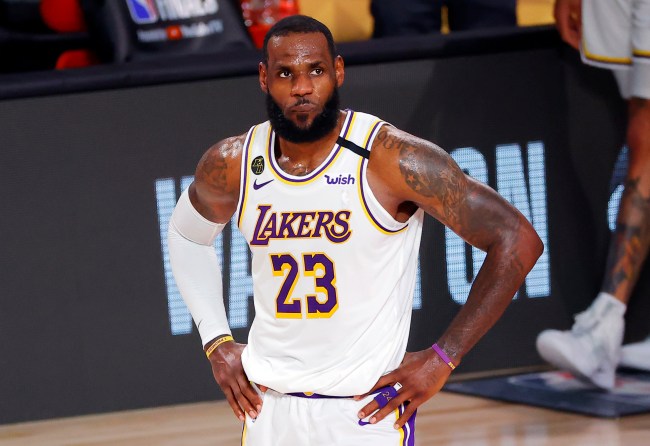 Nate Silvester, who went viral last month mocking LeBron James in a TikTok video, is no longer a deputy at the Bellevue Marshal’s Office after getting fired this week but he’s not going to be hurting for money thanks to many of his supporters.

On Thursday, Bellevue mayor Ned Burns revealed Silvester was officially terminated for previous policy violations and claims letting go of the deputy had nothing to do with the TikTok video referencing the NBA superstar.

“The policy violations have nothing to do with the tone or the tenor of his speech that he posts online,” Burns said. “He was not terminated for the content of his speech; he was terminated for his failure to follow clearly laid out and well-established policy.”

Burns went on to say that decision to fire Silvester was made solely by the Bellevue Marshal’s Office.

“The City Council and I respect the way the Marshal runs her department, and we are supportive of the decision that was made in regards to consequences for not following policy,” Burns said. “We wish Mr. Silvester the best, and we ask for calm and understanding.”

After the video went viral Silvester was suspended without pay by Bellevue Marshal’s office which led a friend to start a GoFundMe for him.

Silvester’s GoFundMe has now raised over $530k which means the former deputy will be well taken care of until he finds a new job.

As for Silvester, he says he’s the latest target of cancel culture and he’s thinking about suing the Bellevue Marshal’s Office.

“I am the latest target of cancel culture, Sean. That’s all it is,” former Bellevue deputy marshal Nate Silvester told “Hannity” on Thursday. “None of my other videos that depicted me in my uniform or involving body camera footage, none of those mattered. They didn’t care about those. It wasn’t until my LeBron James TikTok struck a political nerve that they started to pay attention and complain about it and came up with forms of discipline.”

The video received millions of views, but led to the Bellevue Marshal’s Office eventually fired Silvester, he said.

The “Hannity” host encouraged the former officer to “sue their a–es off.”

“I am still trying to wrap my head around that. I was just fired this morning,” Silveseter said, but revealed that he planned to speak to his attorney to consider legal retribution.