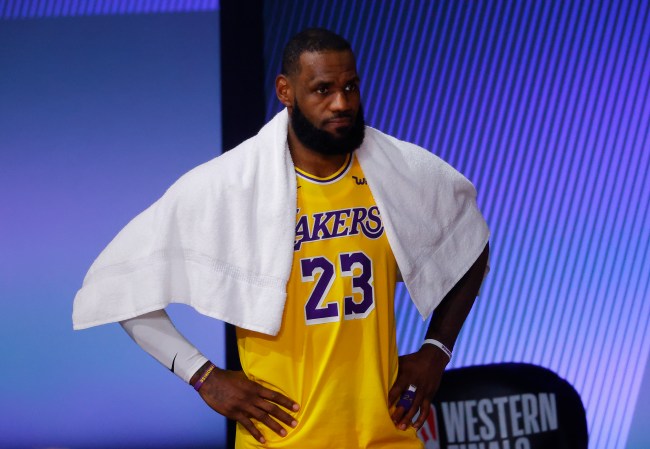 LeBron James has had a long 24 hours.

Following Friday night’s Lakers-Nuggets game, an angry LeBron voiced his displeasure with being voted second in this year’s MVP voting.

A few hours after LeBron’s game against the Nuggets, LeBron’s son Bronny James started trending on social media after he uploaded a video of himself smoking what looked to be a blunt on Instagram while celebrating the Lakers’ big win.

On Saturday night, LeBron posted a cryptic tweet about why he doesn’t expand his circle of friends and many believed LeBron was talking about his son.

Exactly why I have my close circle cause as soon as you try to expand to a square the people who you thought was in your corner as the exact opposite. #MyThoughts👑

In other words “tighten up son” https://t.co/iHbEJyL8Ha