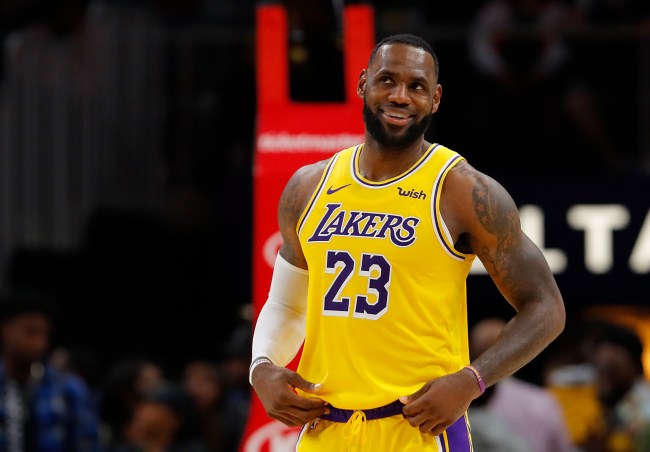 LeBron James has always made sure to stay up to date with the rap scene but apparently, he isn’t very good at keeping up with the current lingo. On Tuesday, Twitter users hilariously called out LeBron for rapping Lil Durk, 6LACK, and Young Thug’s song “Stay Down” when it’s clear he has no idea what the actual lyrics to the song are.

Lebron has always been good at keeping up w new music but the way he never knows any of the lyrics when he’s rapping along in his IG stories always has me weak af he really said “yabadabadodobo old navy” 💀 pic.twitter.com/gsDmrTZxyq

People then started looking for other videos of LeBron singing songs he doesn’t know the to.

People be talking about how Lebron never knows the lyrics to the songs he’s singing along to 😭😭 pic.twitter.com/DT8VLySkSa

lebron can memorize every moment in an entire basketball game, but can’t remember 5 seconds of lyrics pic.twitter.com/ZhcaVZ6dbF

While some people roasted LeBron for the videos, others felt they could relate to him not knowing the words to songs.

Lebron is me Bc I never know lyrics to songs 😭😭😭😭 https://t.co/zuMrGEiiuU

sadly, im lebron james when it comes to lyrics 😓😭 https://t.co/J7q8htHnGm

Lebron is me I am lebron I sing whatever lyrics are put on my spirit. https://t.co/A2rDKGjuy2