LeBron James Reportedly May Consider Requesting Trade Out Of L.A. If Lakers Strike Out In Free Agency 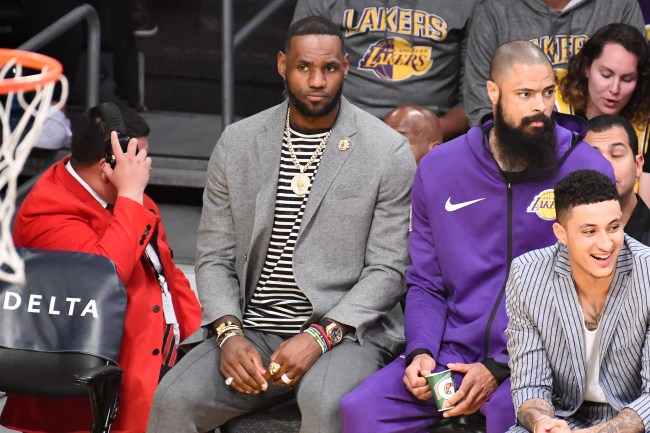 List of the top NBA free agents for this summer:
Kevin Durant
Kawhi Leonard
Kyrie Irving
Kemba Walker
Klay Thompson
Khris Middleton
I don't know why all of their first names start with K but it can't be a coincidence. I'm gonna get to the bottom of this.

The Lakers also look like they’re back in the Anthony Davis sweepstakes considering the Boston Celtics appear to be standing pat now that it’s clear Kyrie Irving is leaving.

Celtics not expected to pursue Anthony Davis as vigorously as prior to trade deadline, but door wide open for Knicks, Lakers and mystery teams https://t.co/eooUg7wlW5 pic.twitter.com/MTaORtnofB

I’m hearing that, if they whiff on free agency, and if they whiff on a trade – which I don’t know how likely that is, but if that happens, they’ve got big trouble with LeBron. Why would LeBron – I mean, the LeBron era could be over before it starts here.

I heard this for the first time yesterday. Somebody very connected said “You know what, if they whiff, LeBron’s going to say either, ‘I’m out of here’ or ‘Get me out of here,’ or the Lakers better just might as well just get him out of here.”