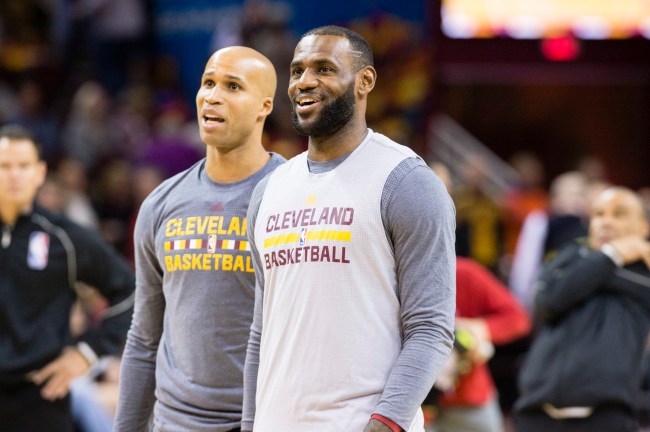 During the Lakers-Hawks game on Monday night, LeBron found himself in a heated back-and-forth with a Hawks fan and his wife.

The woman was later identified as Juliana Carlos after she posted several videos on Instagram bashing LeBron.

Woman says she got kicked out of game for telling LeBron James she was going to “fuck him up” after LeBron stared down her husband pic.twitter.com/rcna7q25Dc

Jefferson, who played on the Cavs’ 2016 championship team and has a long history of messing with LeBron, started linking Juliana’s pictures on Instagram.

richard jefferson is doing lebron dirty by liking all of courtside karen’s pics on instagram pic.twitter.com/Je4Ogyo7tX

Considering Juliana’s husband is a millionaire, it’s doubtful that R-Jeff’s plan is going to succeed but fans thought it was funny.