LeBron James Will Try Not To Influence Front Office Decisions, Reportedly Hopes Rob Pelinka And Co. ‘Get It Right’ 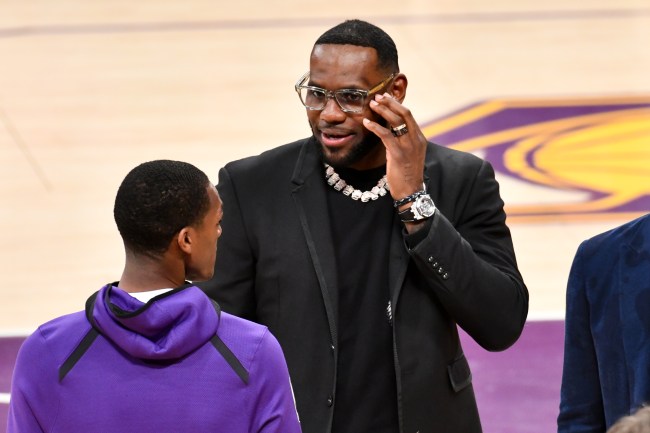 There has been a lot of talk in the last few weeks about how much power LeBron James actually has actually has within the Lakers organization.

Just a few days ago LeBron had to come out to squash a rumor by ESPN’s Dave McMemanin who said that LeBron had lost “trust” with the Lakers.

I think it’s very precarious right now. I think the trust that LeBron James has in the Lakers organization has been damaged – maybe irrevocably. I’m not saying it can’t be repaired. But right now, there’s a tough bridge that has fallen that’s going to be need to be put back together. And that’s going to have to be a proving ground for Jeanie Buss, for Rob Pelinka, for Kurt Rambis, for Linda Rambis – whoever else is involved in this process now. And there’s going to be an initial thing proven with whoever is hired as the coach and then this summer.

According to a new report from the Athletic, LeBron is allowing Pelinka and the front office to do their job and is just hoping they “get it right”.

As he enters Year No. 2 of his four-year deal (fourth-year player option), all indications point to LeBron simply hoping that Pelinka & Co. get it right while offering his voice on matters in a measured manner along the way. LeBron, by all accounts, is sensitive to the perception that he attempts to run the show behind the scenes and, as such, has taken this tact.

As was widely reported at the time, he was as stunned by Johnson’s departure as the rest of us. It’s unclear how much faith he has in Pelinka’s ability to lead the way here, or where their relationship stands after one year together, but that dynamic will certainly be pivotal going forward.LeBron pushed back hard on the notion that he has lost faith in the Lakers in an Instagram video on Thursday.

Strange as it might sound, sources close to LeBron insist he always knew that Year No. 1 might have to be messy in order for the Lakers to truly recalibrate for the rest of his Los Angeles run.

As of now, it appears that Pelinka is going to run the Lakers for the foreseeable future.

It sure sounds like the Lakers are going to be run by Rob Pelinka moving forward, with the team apparently not attempting to lure Bob Myers, Jerry West, David Griffin or anyone else to replace Magic Johnson. https://t.co/zx43RfHSbF pic.twitter.com/KwwVEBcw5i