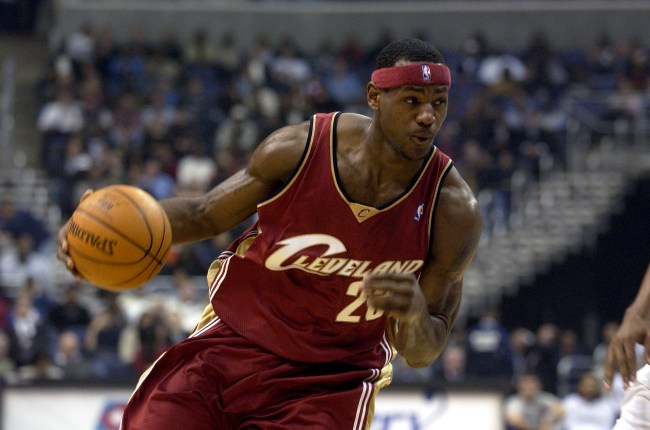 Of all the things one could buy with $1.845 million, a 2.5 inch x 3.5 inch piece of cardboard should fall somewhere behind a four-bedroom home in an affluent neighborhood and courtside seats for life.

If I’m spending nearly seven-figures on a trading card, it better cure diseases and rub my feet.

Some people, like Lob.com CEO Leore Avidar, will throw around this much cash in the name of novelty.

Avidar dropped $1.845 million on a 2003-04 LeBron James Upper Deck rookie Patch Parallel, setting a record for modern-day cards (1980 or later) and is the most any basketball card has ever sold for, according to ESPN. For perspective, Cam Newton signed a one-year, $1,750,000 contract with the Patriots.

“If we were talking about a T206 [Honus] Wagner, or a 1952 [Mickey] Mantle, it probably wouldn’t be that much news,” said Ken Goldin, founder of Goldin Auctions. “But when you’re talking about a card that was literally produced 17 years ago and is for a guy still playing in the NBA, it’s just shocking news to a lot of people. It’s really where my particular industry has been going for several years.”

The Patch Parallel cards are particularly unique because Upper Deck set out to make just 99 of each card, which included a patch of jersey from the player’s rookie season and an autograph on the card. But, LeBron’s was part of the Patch Autograph Parallel set that only produced the number of cards that corresponded to the player’s jersey number. In LeBron’s case, 23.

After news broke about the sale, LeBron commented on a SportsCenter Instagram post claiming to have a couple of those exact cards.

Lebron gonna retire and sell his own rookie cards for a few mill pic.twitter.com/DJDTfxoDxL

An autographed LeBron rookie card sold for a record $1.8M

There were only 23 made, and the King says he owns several of the others 💰

The thought of LeBron finding a few of his rookie cards in an old shoebox somewhere and exchanging them for a Beverly Hills mansion makes me wish I could run faster and jump higher.