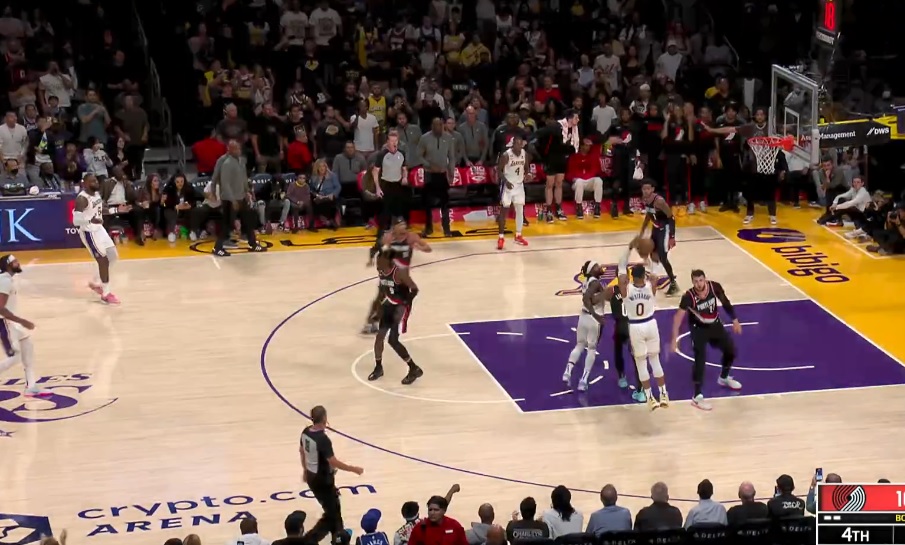 The Lakers are 0-3, and LeBron James appears fed up with Russell Westbrook.

With 30 seconds to go in the game and up one point, Westbrook decided to quickly dribble up the court and take a midrange jumper which he missed.

Upon closer inspection, you could see LeBron visibly disgusted with Westbrook’s shot.

After the team’s loss to the Blazers, Westbrook tried to explain his decision to take the shot after the game.

Russell Westbrook said that he was looking for a 2-for-1 opportunity when he attempted the midrange shot with 27.3 seconds remaining, and about 18 seconds on the shot clock, and missed it.

Lakers head coach Darvin Ham says he wished Westbrook would have attacked the basket instead of shooting a midrange.