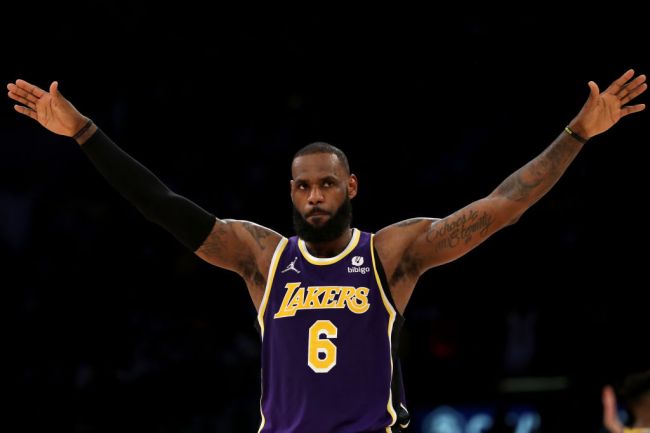 Not much has gone according to plan for the Los Angeles Lakers this season. They are 4 games below .500. In spite of a number of big names, their team hasn’t clicked. Russell Westbrook has been a huge disappointment. Now their days with their biggest star may be numbered.

LeBron James talked to The Athletic’s Jason Lloyd during NBA All-Star weekend and had some surprising things to say about his future. Among his most notable quotes was one where he wouldn’t rule out a return to the Cleveland Cavaliers.

“The door’s not closed on that. I’m not saying I’m coming back and playing, I don’t know. I don’t know what my future holds. I don’t even know when I’m free.”

It’s not exactly a commitment to his previous home, but it is a bit surprising that LeBron wouldn’t give some kind of quote about focusing on this season with the LA Lakers. LeBron leaving the door open to an exit won’t do much to help morale as the ship sinks in LA.

The last part of the quote also sounds doesn’t sound particularly believable. This is a guy who once had a tv special to announce where he’d sign in free agency. His career has been built on carefully calculated moves. People who make those moves know exactly when they’ll be able to make their next career move.

A move back to the Cavs would actually be great for LeBron James right now. The Cavs are everything the Lakers aren’t. They’re young, competitive, and seem to have options for their future.

LeBron not ruling out a return to the Cavs will make the offseason a whole lot more interesting after this year if he decides he wants to be traded.