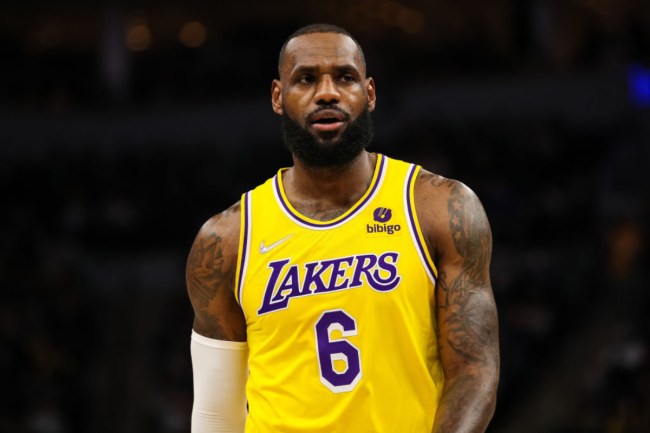 The Lakers may be struggling mightily this season at 17-8 on the year, but LeBron James is still putting up monster numbers in what is his 19th year in the NBA.

James is averaging just shy of 28 points, seven rebounds, and 6.7 assists this season. During Los Angeles’ win over the Rockets on Tuesday, James put on a clinic posting a triple-double with 32 points, 11 boards, and 11 assists.

While James has officially spent over half of his life in the NBA, he’s not showing too many signs of slowing down and is clearly still playing at an extremely high level.

Father time is undefeated though and with James turning 37-years-old soon he knows his tank is closer to empty than it is full.

James was asked whether or not he’s given any thought about retirement at all at this point in his career following his big night against Houston.

“I’m still playing at such a high level, I haven’t given it too much thought,” James said, according to Michael Corvo of Clutch Points. “But I’m in Year 19 and I’m not gonna do another 19. So I’m definitely not halfway in my career. I’m on the other side of the hill. So, we’ll see where the game takes me.

LeBron’s thoughts about retirement are very similar to Tom Brady’s.

Brady is still playing at a high level at 44-years-old and the question surrounding him has been whether or not he sees himself playing until he’s 50.

“I mean, I don’t find it so difficult. Plus, Florida is kind of a retiree state, so feel like I can play and then just glide into retirement. I think I can. I think it’s a ‘yes,’” Brady explained in September.

Brady is likely going to hang it up well before James, but it is going to be quite the adjustment when neither one of them is taking the field or the hardwood anymore.