Tom Brady Doesn’t Think It’ll Be Difficult For Him To Play Until He’s 50, Seriously 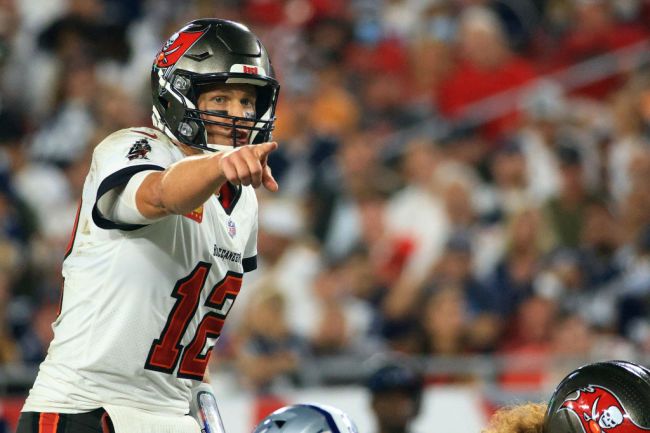 Over the past few years, the question of how long Tom Brady will play in the NFL has become about as widely discusses as the Michael Jordan vs. LeBron James debate. For some reason, a lot of people seem to care about whether or not Brady will play until he’s 50-years-old. Fifty is the number everyone has in their mind seeing as how that’s the half-century mark and beyond elderly when it comes to NFL players.

Brady has been asked the question numerous times but hasn’t necessarily given a firm answer seeing as how he’s only 44-years-old at the moment and probably doesn’t have a clue what life may look like six years from now.

The six-time Super Bowl champ was asked about playing until he’s 50 yet again, but this time it was different, this time it was Rob Gronkowski asking the question. Brady decided to give a candid answer this time around.

“Wow, that seems to be the really hot question lately. I mean, I don’t find it so difficult. Plus, Florida is kind of a retiree state, so feel like I can play and then just glide into retirement. I think I can. I think it’s a ‘yes,’” Brady explained.

There you have it, Tom Brady just answered yes when asked whether or not he can play until he’s 50. Him saying that he doesn’t find playing until he’s 50 “difficult” is maybe one of the cockiest things he’s ever said, but you have to respect it. If any quarterback is going to be able to play at the highest level at the age of 50, it’s TB12.