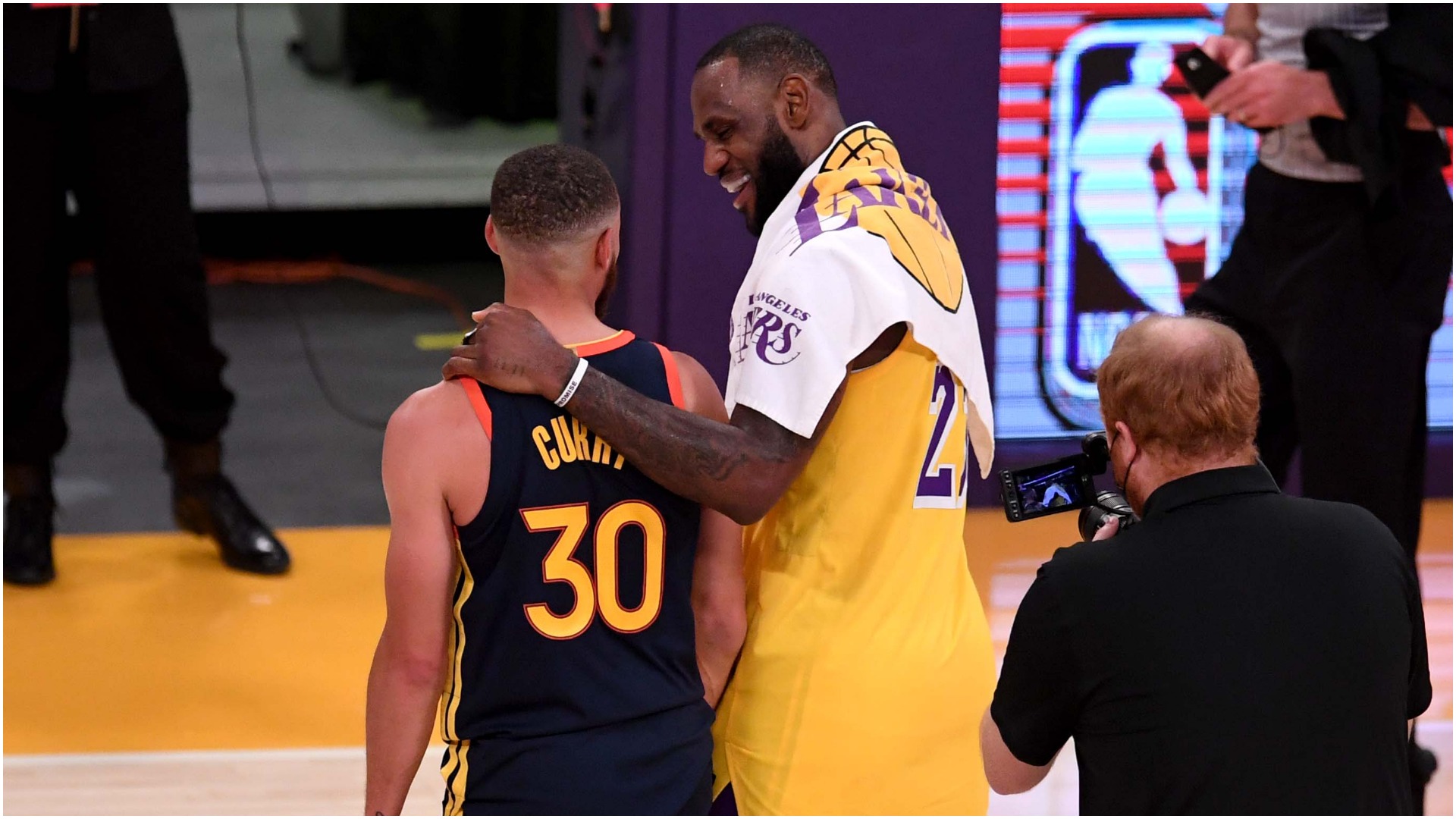 The Lakers were eliminated from the playoffs months ago, and LeBron James has spent much of the offseason openly flirting with the idea of joining the Golden State Warriors.

In the trailer for the upcoming EPISODE of HBO’s The Shop, James named the Warriors as the one team in this year’s playoffs that he would want to play for.

“It’d be Golden State. I would love getting into a pissing match with Draymond; I love when somebody cusses me out,”

LeBron caused a bit of an uproar just a few months ago when he said that he would love to play alongside Steph Curry one day.

LeBron says he wants to play with Steph Curry 👀 pic.twitter.com/35Tf4FnJVa

“Steph Curry. Steph Curry’s the one I want to play with, for sure. In today’s game,” . “Right now it’s Steph. Man, I love everything about that guy. Lethal. When [Steph] gets out his car, you better guard him right from the moment he pulls up to the arena… you might want to guard him when he gets out of bed.”

NBA fans reacted to LeBron’s latest comments about the Warriors.

Bruh really tryna soft roll out his way to play with Steph 😂😂 Have some shame Bron https://t.co/UdPwKWCcvO

Captain chase a ring getting insecure about his legacy again…🙄 https://t.co/ZBAXVHY7Zj

Losing 3 times to one team and wanting to join em is… whew man y’all have a good day! https://t.co/qhWwEOROSK

Yeah because it would be the easiest path for him to a title. https://t.co/xsBlDJtyPg