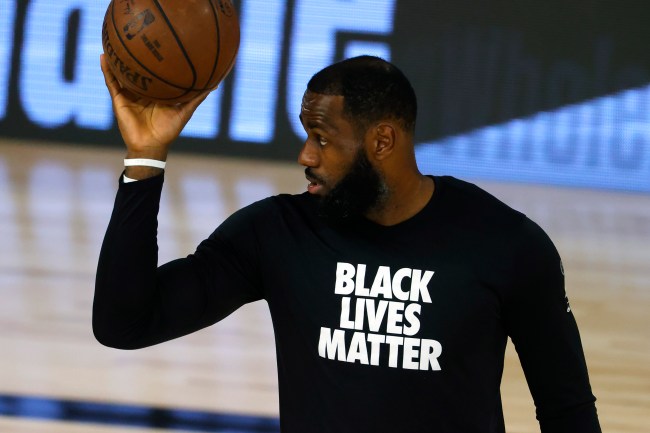 On Wednesday afternoon, pro-Donald Trump supporters stormed the U.S. Capitol building as lawmakers were going through the process of certifying Joe Biden’s win in the Presidential election.

Over the past 24 hours, we’ve heard from several athletes from different sports who have spoken about the double standard of how police treated the Capitol building rioters compared to Black Lives Matter protesters.

There are certain things my brain could never imagine…. and one of them is black ppl storming a government building and taking things without deadly consequences. But that’s just my brain.

Before the Lakers game against the San Antonio Spurs, James showed up to the Staples Center wearing a shirt that read “Do You Understand Now?” and gave his two cents on the matter.

DO YOU 🤬🤬🤬🤬 UNDERSTAND NOW???!! I know the answer to that. You still don’t cause no matter what happens you still won’t be judge, looked at crazy, chained, beaten, hung, shot to death cause of the color of your skin!!!! 2 AMERIKKKAS we live in and it was at FULL CAPACITY LIVE IN DIRECT yesterday in our Nations CAPITAL AT THE CAPITOL!! 🤦🏾‍♂️😢😢😢. #IPrayForBetterDaysForMyPeople 🙏🏾