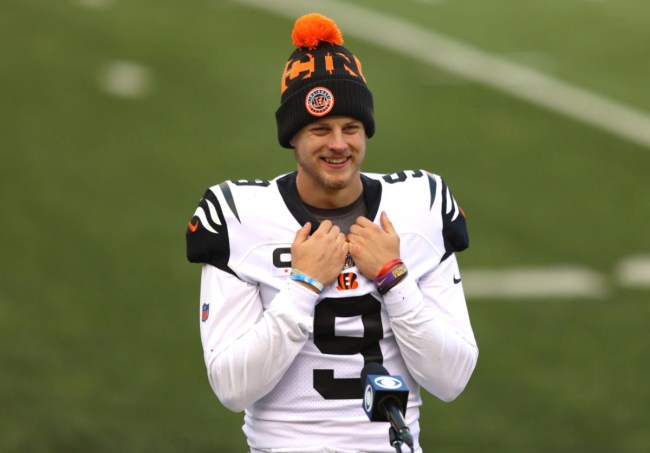 LeSean McCoy and Kenny Pickett are both Pitt products, so it’s understandable for the former NFL running back to be high on the rookie QB. There’s a fine line between being high on a player and being so unbelievably biased you come across as insane.

McCoy crossed that line during a recent appearance on the ‘I Am Athlete Podcast.’

With Steelers wide receiver Chase Claypool on the episode as well, the new Steelers QB was a topic of discussion. McCoy made it clear right away that he sees big things coming for Pickett, calling him “the truth,” but then unleashed one of the hottest takes in the history of sports.

“Listen, I’ll say it like this. Joe Burrow, Kenny Pickett – I can’t see the difference. I see a guy that’s tough, and I say that because he went to Pitt,” McCoy explained.

The reaction from Brandon Marshall, and even Claypool, says it all.

This guy legitimately just compared a QB that’s thrown exactly zero passes at the NFL level to arguably the greatest college QB of all time who just led his team to a Super Bowl appearance.

McCoy admits that he’s biased toward Pickett, but again, you can be biased but you don’t have to say things like that.

Pickett could turn out to be better than Burrow, but let’s pump the brakes on claiming there’s “no difference” between the two QBs before one of them has played a single down in the NFL.