Le’Veon Bell’s Agent Says He Might Not Play Until Week 10, Fantasy Football Owners Lose Their Minds 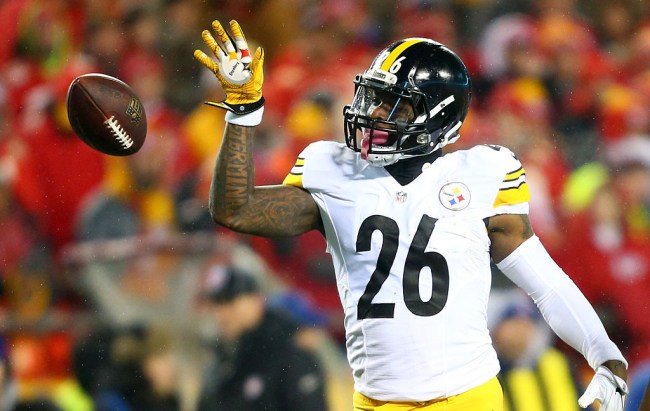 Le’Veon Bell’s agent, Adisa Bakari, just ruined the days (and seasons) of hundreds, if not thousands of fantasy football players. Appearing on SiriusXM with Brady Quinn and Bruce Murray, Bakari hinted very strongly that Bell might continue his holdout until week 10 of the NFL season.

During the interview, Bakari asked Quinn what he would do with Bell if he were in the Pittsburgh Steelers and he came back in time to play the entire season.

Quinn’s response was that he would “use him as much as possible to make sure we have the best possible chance of winning the Super Bowl.”

To which Bakari replied, “you can read between those lines” with regard to Bell’s plan for the season.

Meetings are at 9 am in Pittsburgh and #Steelers RB Le’Veon Bell is not present at the facility, I’m told. Wednesday of game week.

Bakari also said, much like Mike Tomlin did on Tuesday, “He’ll get there when he’s there.”

Here's some of the interview: https://t.co/KfZ7Imm1SP

When Ben Roethlisberger was asked by reporters on Wednesday about not having Bell on the field come Sunday, his response was, “I think we’re a very good offense. Football’s the ultimate team sport. One person doesn’t make or break you. I’d like to say that the linemen are more important than any skill position, including myself, on this team. This offense is more than one guy.”

This year, I drafted Le’Veon Bell 2nd overall and Jerick McKinnon in the 3rd round pic.twitter.com/JdbhrNEv0R

Every fantasy owner who drafted Le’Veon Bell in the first round mood right now….including me 😞😞 pic.twitter.com/eMzc5FY73i

Every person (including me) who drafted Le'Veon Bell in fantasy when they saw he's not reporting to practice. pic.twitter.com/8Fd6s8b9OJ

Some dope took Aaron Rodgers 2nd overall in our draft leaving me with Bell at 3. Now I'm painfully waiting for a LeVeon Bell update.. pic.twitter.com/CLVaw5vh08

I just don’t think Le’Veon Bell understands the severity of this decision on fantasy football owners.

Le’Veon Bell bout to fuck me up for like the first 6 weeks of fantasy football isn’t he? 🤦🏽‍♂️

I drafted Leveon 1 if he really pull this I’ll never forgive brah.

When you drafted Le’Veon Bell, and he still hasn’t showed up to practice 5 days before the season starts. pic.twitter.com/Regu52GlzH

Hey Le’Veon. I get it. I really do. Just l drafted David Johnson last year. And could’ve again this year but thought I’d go with you because I was still bitter. And I just can’t do two seasons wasting my first pick. I cant.

Also Facts: I drafted him this year with the 2nd pick (would have taken Gurley over Bell)

Although there is also this side to Bell’s holdout…

this is me right now because buddy at work (a Steelers fan) at my work drafted Le'veon Bell pic.twitter.com/S4Se6On9pd

That face you make when you pick up James Connor and you’re playing the guy who has Leveon Bell… pic.twitter.com/xFbNR8Dxat